Ahead of today’s release of the data on Nigeria’s Gross Domestic Product ,GDP, for the first quarter of 2019 (Q1’19), by the Nigeria Bureau of Statistics (NBS), analysts forecasts indicate that the pattern of weak economic growth performance, recorded in 2018, continued in Q1’19, with GDP growth rate of around 2.05 percent, as inconsistent government spending, budget delay and election hiccups undermined impact of high crude oil price, increased foreign exchange inflows and marginal monetary easing during the quarter. 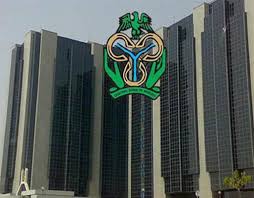 Meanwhile, the Monetary Policy Committee (MPC) of the Central Bank of Nigeria (CBN) may be forced to abandon its pro-growth direction, following the resurgence of inflationary pressures reflected by the increase in the inflation rate in April, which is projected to persist in the coming months.
While Nigeria recovered from economic recession in thre second quarter of 2017 (Q2’17), economic growth had remained persistently weak below 2.0 percent and far from the Economic Recovery and Growth Plan (ERGP) target of seven percent by 2020. Furthermore, the average of growth forecast by the World Bank (2.2 percent), the International Monetary Fund, IMF, (2.0 percent), and the CBN (2.74 percent) indicate annual growth rate of 2.3 percent for the nation’s economy in 2019.
Against this background, economic operators and analysts, especially members of the MPC, are looking forward with high expectation, to the data on the nation’s GDP in Q1’19 to be released by the NBS today. However, Analysts forecast showed GDP growth rate ranging from 1.9 percent to 2.52 percent for Q1’19 with average forecast of 2.05 percent. Analysts also projected that economic growth was driven by the non-oil sector in Q1’19, helped by increase in foreign exchange inflows due to attractive yields in the fixed income market and some light manufacturing and construction activities which stimulated demand for raw materials from agriculture and construction.
They, however, cited the fiscal activities of the federal government as the main constraint to economic growth in Q1’19. Speaking for Vetiva Capital Management Limited, Ifedayo Olowoporoku, said: “We project a 2.5 percent to 2.7 percent, year-on-year, GDP growth for Q1’19 as major parts of the economy continues to trudge along at low single digit levels even as inconsistent government spending has resulted in inconsequential fiscal stimulus.”
Explaining the basis for the 2.48 percent GDP growth rate for Q1’19 forecast by FSDH Merchant Bank, Ajike Taiwo said: “Drivers of the expected growth include: Higher crude oil price in Q1 2019, will stimulate investment in the oil and gas sector; a successful election, has allayed fears of uncertainties in continuity of government; increase in foreign exchange inflows due to attractive yields in the fixed income market; monetary policy easing and lower yields, leading to lower financing cost for corporate and government; some light manufacturing/construction activities have also taken place – stimulating demand for raw materials from agriculture and construction”
Sounding optimistic, Bunmi Asaolu head of equity research at FBNQuest Capital, said: “Our Q1 GDP forecast is 1.9 percent y/y with non-oil sector as the main driver as usual. We are assuming growth will pick up through the rest of the year since Q1 is usually the softest for non-oil.”
Analysts forecasts also indicate that the MPC meeting holding from today till tomorrow will be concluded with a decision to retain benchmark policy rates due to renewed inflationary threat. This will be in sharp contrast to the outcome of the last meeting of the MPC held in March when it signalled its preference for pro-economic growth policy, by reducing the Monetary Policy Rate (MPR) by 50 basis points (bpts) to 13.5 percent, while retaining the Cash Reserve Ratio at 22.5 percent and the Liquidity Ratio at 30 percent
Explaining the rationale for the MPC decision, CBN Governor, Godwin Emefiele in the communiqué issued at the end of the meeting, said: “In its consideration of the best monetary policy option, the Committee noted the need for all agencies of Government to work hard, not only in consolidating the growth so far achieved, but also in ensuring that appropriate policies are put in place and implemented to create jobs on a mass scale and diversify the economy in a proper direction.
“In doing this, the policy options facing the MPC at this meeting are a decision between retention of the current stance of monetary policy or a slight loosening of the policy rate, backed by the substantial stability of the major macroeconomic indicators. The Committee felt that given the relative stability in the key macroeconomic variables, there is the need to signal a new direction that is pro-growth.”
But the relative macroeconomic stability cited by the MPC came under threat in April as the inflation rate rose for the first time in four months to 11.37 in April, following three months of decline from 11.44 percent in December 2018 to 11.25 percent March 2019. This sudden rise in the inflation rate, according to analysts, will persist in the coming months, and may compel the MPC to halt its pro-growth policy direction.