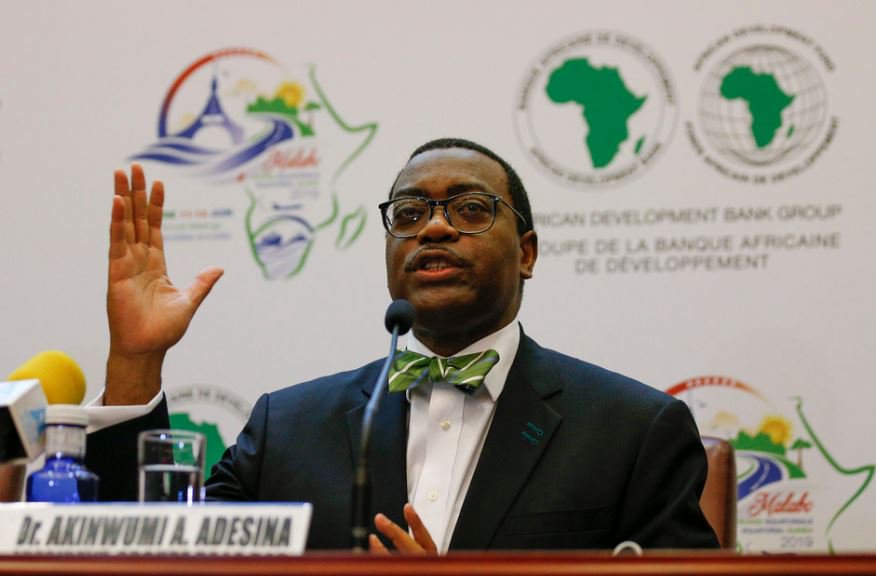 Political leaders of the 15 Economic Community of West African States (ECOWAS) member states have reaffirmed their  total trust and full confidence” in Akinwumi Adesina who is up for reelection in August  as the President of the African Development Bank (AfDB).

The 15 presidents of the ECOWAS member states restated their support for Adesina in a statement signed by Mahamadou Issoufou,, president of Niger, who is also ECOWAS chairman. The communique was dated June 5, 2020.

The ECOWAS leaders also welcomed “the excellent achievements of the AfDB under Adesina’s leadership.”

The statement recalled that at an ECOWAS authority of Heads of State and Governments meeting on December 21, 2019, in Abuja, the body had approved Adesina’s candidacy for a second mandate as president of the AfDB.

It stated that the ECOWAS leaders noted that of recent, some whistleblowers had questioned the management and impugned the moral standing of the president of the AfDB.

“The allegations refer to presumed unethical conduct. These allegations, relayed by the international press create a harmful climate which can erode the credibility of this African institution, whose reputation and financial strength are deep-rooted,” it added.

It stated that the AfDB enjoys a recognised credibility, especially in the light of its rating, earned from the most prestigious rating agencies and maintained for several years.

“Actually, Moody’s, Standard & Poor’s, Fitch and the Japanese rating agency, have awarded it AAA rating for its long-term privileged debt and AA+ rating for its subordinated debt. All relating rating outlooks are stable and reflect the bank’s shareholders’ strong support, a good capital adequacy, its preferred creditor status and a sound financial position.

“Moreover, the ECOWAS heads of state and government note that the ethics committee of the board of directors has rejected all the allegations against the president and fully cleared him.

“For their part, the ECOWAS member states and their citizens welcome the support of the AfDB in their economic and social development efforts,” it added.

It said the bank had launched some major initiatives for the construction of infrastructure in the region, including the “Desert to Power Initiative,” to develop 10,000 megawatts solar energy that would supply electricity for 250 million people, railways, ports, airports, irrigation canals, as well as information and communication technology.

The bank also works closely with the ECOWAS Commission to build the historic Lagos-Abidjan road, a project key to improve regional trade, it stated.

ECOWAS leaders also noted that “in the footnotes of his illustrious predecessors, the eight President, Dr. Adesina, has further strengthened and accelerated the institution’s development.”

According to them, in the last five years of his first mandate, his achievements have been impressive.
They said: “After providing a new vision for the bank’s missions, President Adesina has worked closely with all bank’s shareholders to reach the highest capital increase since the bank’s creation in 1964, from $93 billion to $208 billion, an increase of $115 billion.

“More recently, under his leadership, the AfDB has launched a $10 billion crisis response mechanism to help Africa fight the COVID-19 pandemic, with the support of all shareholders.

“Through the present statement, the ECOWAS Heads of State and Government reaffirm their full confidence in the leadership of Dr. Akinwumi Adesina as the Head of the African Development Bank. They reiterate their collective support for his re-election for a second mandate as president of the bank.”

Updated: IMF ranks Nigeria second worst in the world in use of sovereign wealth fund