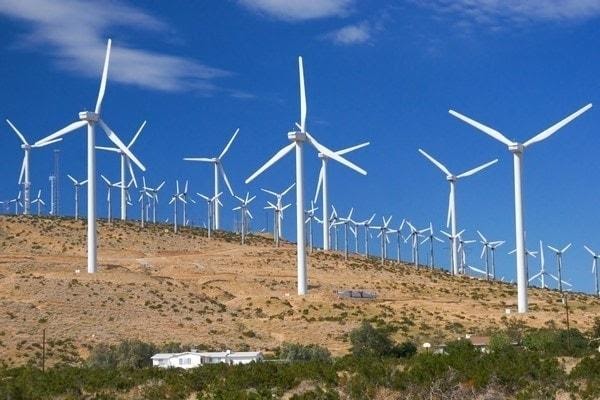 Egypt, north Africa’s economic giant, is joining other African national governments to commit to lower carbon emissions and cleaner energy solutions with its planned 252 MW wind farm at the Gulf of Suez area of the country.
Danish wind turbine manufacturer, Vestas, has won the contract to build the wind farm. Vestas will also ensure the maintenance of the installation (wind farm) for at least 3 years.
Reports from Afrik21, an energy information group, said Egypt’s New and Renewable Energy Authority (NREA) awarded the contract to Vestas Wind Systems A/S for the construction of the Gulf of Suez 1 wind farm.
Vestas of Denmark, which manufactures wind turbines, has signed the engineering, procurement and construction (EPC) contract for the facility, which will be located in the Gulf of Suez, a location where many wind projects in Egypt are currently concentrated.
The Gulf of Suez 1 wind farm will consist of 70 turbines of 3.6 MW each. Vestas has chosen to install its V105-3.45 MW turbines there. The company will also carry out the civil and electrical engineering works, as well as the substation to connect the wind farm to the Egyptian electricity national grid. The works, which will begin soon, will be completed in 2023.
Vestas has also signed an agreement with NREA to operate the Gulf of Suez 1 wind farm for three years. The company, which employs more than 16,000 people, plans to bring its Active Generation Management 4000 (AOM 4000) system, which is “capable of maximising annual electricity production while meeting the requirements of the Egyptian national grid code,” says Vestas.
According to NREA, the Gulf of Suez 1 wind farm will produce 1027 GWh of clean energy per year. It is also expected to avoid the emission of 560,000 tonnes of CO2 per year. The project has already received promises of funding from several financial institutions, including the Kreditanstalt für Wiederaufbau (KfW), the German development agency, the European Investment Bank (EIB) and the French Development Agency (AFD).
Egypt like Mozambique and other countries across Africa, is diversifying its energy mix by investing in clean renewable energy, a development that is compliant with climate change greenhouse adjustments.
Can Nigeria, Africa’s most populous nation, with huge energy shortages follow suit by drawing lessons from the north African country, to solve its energy needs? The African top oil producer is endowed with large oil, gas, hydro and solar resource, and it already has the potential to generate 12,522 megawatts (MW) of electric power from existing plants, but most days is only able to generate around 4,000 MW, which is grossly insufficient for its citizens. Reports by the International Energy Agency says 60 million Nigerians own generator sets to provide electricity to their homes and businesses.
Businessamlive Website Stats