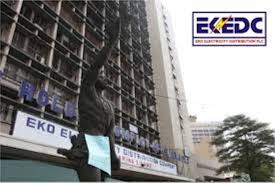 Idemudia told the News Agency of Nigeria (NAN) in Lagos that the MAP programme would address some of the challenges associated with metering gap within its areas of coverage. NAN recalls that on April 5, the Nigerian Electricity Regulation Commission (NERC) issued permits tometer asset providers (MAPs) to roll-out new meters not later than May 1, 2019.
The EKEDC’S spokesman said that the MAP initiatives would bridge the metering gap, adding that MAP was introduced by the federal government to address metering related problems.
“ It is a welcome development. This would be a new dawn in the power sector. Government should be commended for the initiative geared towards ending metering gap in the country and ensuring all electricity consumers within the Discos are metered to abolish estimated billings.
“ EKEDC is fully ready for MAP. With the MAP project on, we strongly believe the metering issues will be addressed, while estimated billings will also be fully addressed when meters are available. All areas of our network are potential pilot scheme for MAP. “Government appointed the vendors for the MAP programme to drive the project,’’ he said.
Idemudia also lauded the judiciary for their prompt judgment on vandals, adding that many vandals had been prosecuted and got judgement. He said that the debts of Ministries, Departments and Agencies (MDAs) debts was running into billions, adding that the management was doing a lot to recover the debts. “We have metered considerable numbers of customers since 2013 in thousands.
“We do not consider much hindrance or much challenges in the ongoing MAP scheme, but one thing that worries me is are Nigerians ready to pay for meters? “The issue is either you pay out rightly for the meters or pay installmentally over a period of 10 years,’’ he said.
Usman Abba Arabi, the general manager, public affairs department of NERC,  in a statement on April 23. said customers of Discos should expect from the commencement of rollout date for meters to be installed in their premises within 10 working days of making payment to MAPs in accordance with Section 18 (3) of the MAP Regulations 2018. He said the Commission would monitor closely the rollout plan of distribution licensees and overall compliance with the regulation and various service agreements by the MAPs and electricity distribution licensees.
Businessamlive Website Stats