The Bank of England (BOE) held interest rates steady on Thursday following the agreement to extend the deadline for the U.K.’s withdrawal from the European Union until October. 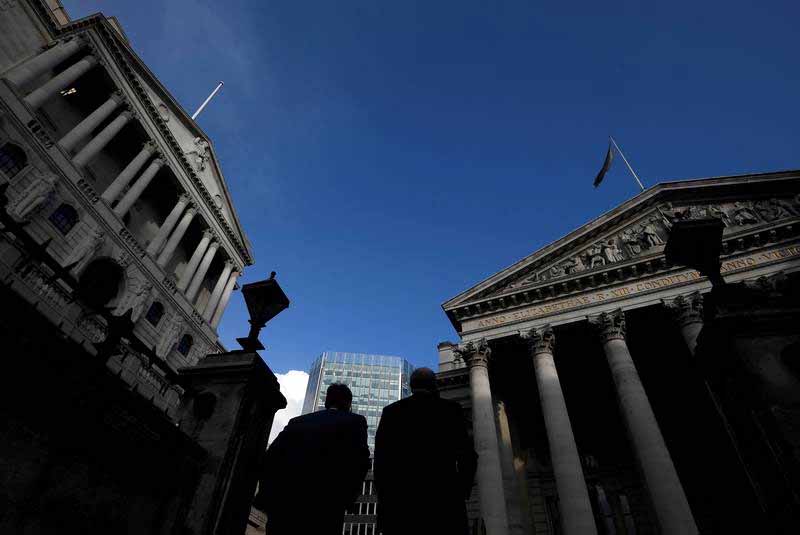 The nine-member monetary policy committee (MPC), led by governor Mark Carney, voted unanimously to keep interest rates unchanged at 0.75%.
This was the first meeting of the MPC since Prime Minister Theresa May and EU leaders agreed to the Brexit extension.
The central bank revised up its 2019 growth forecast to 1.5% from 1.2%, as first-quarter GDP growth is expected to have picked up to 0.5%, from 0.2% in the fourth quarter of 2018, stronger than projected in its February report.
The BOE also cited better than expected growth in the U.S., euro zone and China as contributing to its more optimistic outlook.
In a press conference following the announcement, Carney reiterated that interest rates may have to increase faster than the market currently expects over the forecast horizon.
“If the world unfolds broadly as consistent with this forecast, then it will require greater withdrawal of monetary stimulus than is currently implied — it just didn’t require it at this meeting,” he said.
The BOE’s committee voted unanimously to maintain the stock of sterling non-financial investment-grade corporate bond purchases, financed by the issuance of central bank reserves, at £10 billion ($13 billion), and to maintain the stock of U.K. government bond purchases at £435 billion.
A note from Barclays senior U.K. economists Fabrice Montagne and Sreekala Kochugovindan said the overall tone of the MPC meeting minutes is “slightly more hawkish” as it’s supported by forecasts of higher excess demand than previously expected toward the end of its three-year horizon.
Barclays kept its forecast of rates remaining unchanged in 2019 and 2020, however. It said the bank’s case for upwards sloping interest rate expectations “rests on its growth forecasts in two to three years, which historically have proven systematically overoptimistic.”
“Unlike the bank, we see no reason the economy would suddenly pick up in 2021, and dispute the bank’s forecast of excess demand at that horizon,” the note read.
Barclays therefore forecasts that the growth and inflation outlook are “more muted and display little momentum, whether up or down, reflecting the particular drag on business stemming from Brexit.”
But Markus Kuger, lead economist at data and analytics firm Dun & Bradstreet, adjusted the U.K.’s rating to “stable” from “deteriorating” following the announcement.
“Although real GDP growth has suffered since the Brexit referendum, employment rose by nearly 180,000 in the three months to February 2019 according to the latest ONS figures,” he said.
“The overall level of employment is a record 32.7 million people and we have the joint lowest level of unemployment on record.”
Kuger suggested that with the economy projected to exceed expectations and wages outperforming inflation, “there is rife speculation that the bank may look to increase interest rates.”
Brexit pressures
Talks between the U.K. government and the main opposition Labour party are underway in a bid to hammer out a new compromised deal proposal, suggesting the no-deal scenario that many had feared has become increasingly unlikely.
However, May also faces calls from pro-Brexit MPs and members within her ruling Conservative party to stand down because of her handling of Brexit.
During the course of Brexit negotiations, policymakers at the central bank have been left in limbo when it comes to implementing their plan for limited and gradual rate hikes over the coming months.