The Nigerian Electricity Regulatory Commission has placed limits on estimated bills that can be issued by electricity distribution companies to unmetered customers. 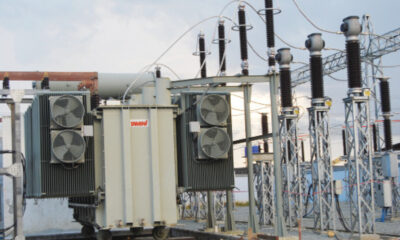 It said it had cancelled the estimated billing methodology regulation as a basis for computing the consumption of unmetered customers by the Discos.
NERC disclosed this in its order on the capping of estimated bills in the Nigerian electricity supply industry which it said took effect from February 20, 2020.
The commission said all unmetered R2 and C1 customers should not be invoiced for the consumption of energy beyond the cap stipulated by it.
R2 customers are residential customers who consume more than 50 kilowatt-hour in a month (single phase and three-phase), while C1 customers are small businesses (single and three-phase)
“A consumer of XYZ Disco resident in White Acre under R2 (single phase) tariff class has an energy cap of 78 kilowatt-hour per month and a tariff of N42 per kilowatt-hour. The maximum that XYZ Disco can invoice such a customer is 78kWhr x N24/kWhr = N1,872 per month,” NERC said.
It said all other customers on higher tariff classes must be metered by Discos no later than April 30, 2020, adding customers would not be liable to pay any estimated bill issued if the Disco failed to supply meters.
“The customer shall remain connected to supply without further payment to the Discos until a meter is installed on the premises under the framework work of MAP Regulations or any other financing arrangement approved by the commission,” NERC said.
According to the order, energy consumed for the purpose of estimated billing is capped during the transitional period till the customers are metered but the actual amount payable shall vary in the event of any approved tariff reviews affecting their customer class.
“Discos shall ensure that all customers on tariff class A1 in their franchise areas are property identified and metered by April 30, 2020,” NERC said.
A1 customers are those that use grid-connected premises for agriculture, water boards, religious houses, government and teaching hospitals, government research institutes and educational establishments that require single or three-phase meters, according to the commission.
The regulator noted that the Estimated Billing Methodology Regulation was introduced as a means of ensuring that customers were not issued arbitrary bills that were unrelated to actual consumption or any other metric for estimating their energy consumption.
In another development, power generation companies in the country have raised concerns over the tariff review scheduled to take effect on April 1, 2020.
The Association of Power Generation Companies, the umbrella body for the Gencos, said NERC had not captured all the ‘changes’ in the relevant macroeconomic variables and available generation capacity in updating the operating MYTO 2015 in line with the provisions of the MYTO methodology.
Businessamlive Website Stats