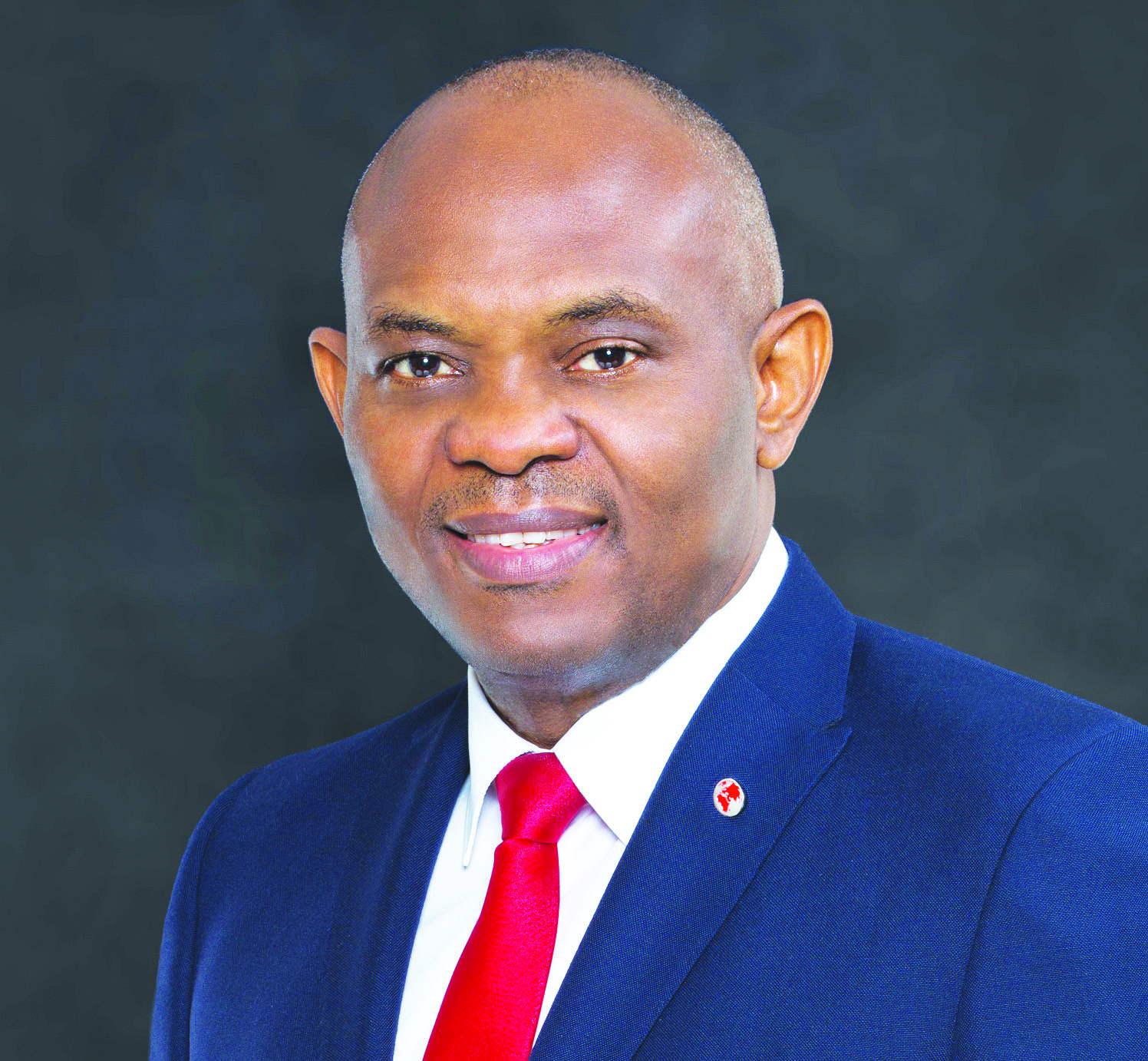 ega entrepreneur, Tony Onyemaechi Elumelu, reached a peak in business and forayed into ideas, into the philosophy of development and resting his case in the African context. Elumelu’s detour into ideation departed from the dealings of his average peer, who would have also reached that height and then collapse into the sofa of expansionism, of some social responsibility activities or even an incursion into partisan politics. Those plum business heights, often complete with mega-bucks in the billionaires realm, are hardly associated with deep theorizing, given the punishing rigour that could come with theories. The billion-buck owner could rather pay a million times over for the thoughts to be constructed by another, and another.

The rigour in thoughts, which comes through its esoteric nature, plus the haziness in the building of a line of reasoning and the nebulous nature of the construction of viewpoint, often creates a wedge between comfort and ideation. The comfortable person may hardly find momentary productivity in an abstract endeavour and even moreso with the super comfortable, where we could fit the billionaire. Somehow, however, Elumelu made a difference, by veering into the dry hole of ideas from the realm of the magnate’s super comfort. Check!

Thinking through Africapitalism, Elumelu envisioned an African economic system that will derive its strength from a private sector. This sector is original, creative and efficient, working on a consistently long-term basis to bring about “economic prosperity and social wealth”.  Elumelu imagined originality for this private sector, from where it will proceed as a springboard to stimulate the African economy, trigger a sustainable multiplier and propel social and economic development. He does not conceive the private sector as foreign engineered. It could rather be “homegrown” in the manner that is reflective of the African character, suggestive of the African presence and predictive of the African tomorrow.  Elumelu’s identified modus operandi is principally, but not restricted to the entrepreneur, a cadre from where he grew and for which he has committed fortunes to supporting. The entrepreneur is modeled as an engine room for commerce, for fiscal growth, leading to the creation of employment, productivity and efficiency, and the attendant freedom from want, possible happiness and prosperity. Aside from entrepreneurship, Elumelu eventually identified some key heads of the Africapitalism discourse as Development Dividend, Long-term Investments, Multi-Generational Development, Regional Connectivity, Shared Purpose, Strategic Sectors, and Value-Added Growth.

In this mix, is an envisaged value coming not through the importation of economic ideas but in the fostering of a commercial culture that flows from the virtues of a people. Invariably therefore, the billionaire has sought to find a theory through practice, or to develop a theory therefrom and perhaps as a template for sustainability.  Elumelu may not have handed over the baton after conceiving the idea. This is because he seems to have continued with the effort of seeing how it can manifest through the well-advertised ongoing investment of multi-million dollars in African entrepreneurs.

Regardless, Kenneth Amaeshi, a professor of Sustainable Business at the University of Edinburgh, found another research interest in Africapitalism. He has since busied himself with the expansion of thoughts around it. Amaeshi is providing other practical evidence of its manifestation and building a community of global scholars, not just to theorize its dimensions but also to locate patterns and particularities, facts and frames and then visualize how the idea can grow in legitimacy as a philosophy, from the prism of a challenged continent.

Amaeshi’s missionary-like investigation of the concept seems to proceed from a scholar’s deeper digging mind-set. While the executive saw an epicenter, the scholar celebrated the spectacle before moving muscles and machines to explore the centre.  The mission of the scholar, of Amaeshi, have probably been to check a little more, if a permanent Afrocentric philosophy can be found for the problematic African economic development. In checking, sometimes with some co-thinkers, Amaeshi locates limitless possibilities in the African entrepreneur. That entrepreneur, in conjunction with others, like Elumelu imagines, can truly be a springboard for social progress and development.

Other than this, Amaeshi argues that the co-habitation of the public and private sector in most African settings is not a panacea for social care or welfares like many states design. Rather it could actually be problematic for wealth creation, against the background of other sectoral challenges in the continent. He laterally argues with his growing community of scholars of the same hue, that care, welfarism, social responsiveness can flow through the entrepreneurial, private sector led African economy, with the same spirit of bringing about “Economic prosperity and social wealth”.

And further to the above, Somachi Chris Asoluka identified Kenneth’s core suggestions through academic papers and books as including progress, parity, peace and harmony and place and belonging. This means that “a sense of progress which ensures that both financial and social wealth are created; a sense of parity which ensures that the benefits of the progress are broadly shared; a sense of peace which alleviates the contestations and struggle that underlines capitalism and a sense of place which takes the African context into consideration”

In Amaeshi’s postulations, Africapitalism thinks of a multi-stakeholder effort. The synergy of efforts would create a richer realm of energy and ideas for enterprise and other action. The government, pulling through the public sector, would also have to power its institutions to be supportive of the private sector. Enabling environment would need to be created for the private sector to flourish and create the provision of infrastructure and utilities. These facilities will be steady and good enough to permit economic activity in a sustainable manner. As a critical stakeholder, therefore, the public sector would need to be responsive through regulations, laws and proper environment for a private sector-led trade and investment.

The case of Andrew Rugasira who founded the ‘Good African Coffee’- a Ugandan company, is often used by Amaeshi to partly drive home the philosophy. He notes how the Ugandan entrepreneur overwhelmed coffee production, distribution and sales value chain, and eventually began exporting the brand to key Western nations, including the United Kingdom (UK) and the US. While Amaeshi observes the company’s profit making commitment, he yet notes its disposition to affecting stakeholders in the value chain.

These stakeholders include operating communities, farmers, employees, shareholders and even the government.  The concern for the different sectors presents the firm as responsive to a range of people and needs putting it in good stead for catalyzing development. With more of this example emerging from the continent, Amaeshi argues, the path to growth and development will be much more guaranteed.

In finding the philosophy around the concept, Amaeshi may not have concluded the process of possibly breaking down its dimensions into the core philosophical themes of ethics, metaphysics, epistemology, logic and aesthetics.  He has, however, carved a niche in exploring the underlining idea of a continual private sector-led development as envisioned in the Africapitalism concept and partly flowing from a doctoral and nearly lifetime study on sustainability.

While the Elumelu and Amaeshi pages are not essentially different, Amaeshi makes the point through his explorations, that the thinking executive may not be an end in him or herself, but could provide a means to an end, through the ground he or she provides for the professional philosopher to explore. The collaboration of stakeholders in the Africapitalism sense coincidentally features in the growth of its ideas, which points to the expansive importance of collaboration as shown in the theory and practice of the idea.

Regardless, the Africapitalism philosophy has been challenged on different grounds. These grounds include the undermining of possible impact of socialism, whether moribund or living, and for limiting the deep impact of traditionalism. Nevertheless, the religious expansion of notions around it, in the Amaeshi’s way (following the Elumelu foray) and reflected in many academic forum, in publications and through the assemblage of thinkers around the globe, testifies once more to the fact that the gown and the town are not too poles apart. The two can always meet, not just in knowledge sharing, but also in its production.