Godwin Emefiele, Central Bank of Nigeria (CBN) governor and exponent of development activism in the operation of the apex bank,  has just be re-appointed for another term of five years by President Mohammadu Buhari. In line with the CBN Act, the president has forwarded a letter to the senate for the confirmation of Emefiele’s appointment. 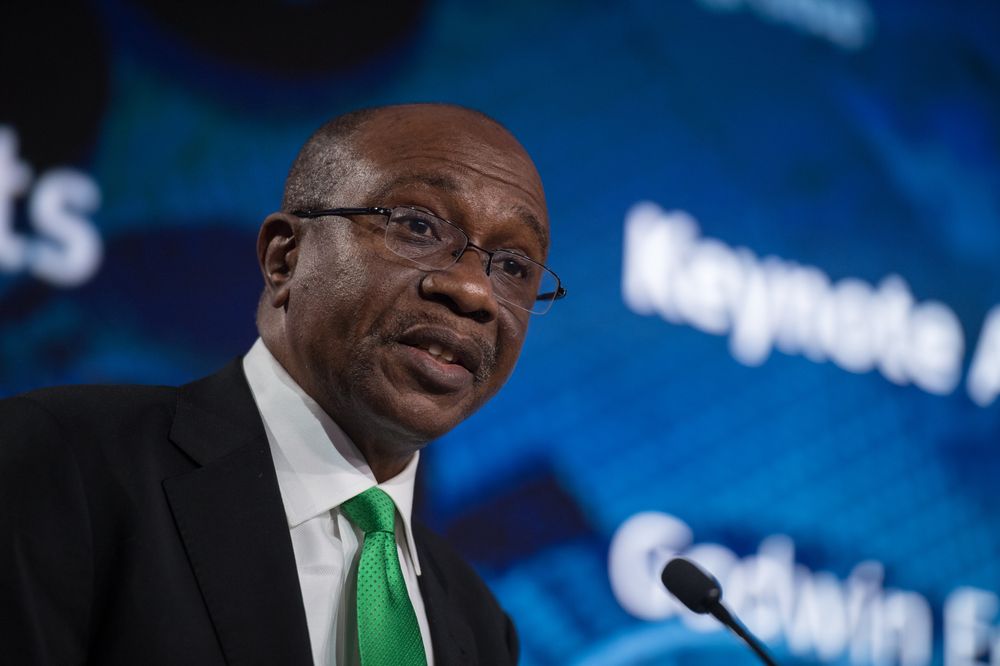 He was first appointed to the position in 2014 by former president Goodluck Jonathan, from his position as managing director of Zenith Bank Plc.
While his last two predecessors in office, namely Chukwuma Soludo and Emir Lamido Sanusi, focused their attention on financial system stability and and effective financial intermediation, Emefiele charted his own path, preferring to drive the CBN as both growth and development agent and catalyst.
In this course of action, he has led the CBN to introduce variious intervention funds for the development of agriculture, SMEs, industry, and diversification of the nation’s economic base. Among such programmes are the N40 billion Anchors Borrowers Programme, the N220 billion MSMEs development fund,  the N300 billion Real Sector Support Fund (RSSF), and the N213 billion Nigerian Electricity Market Stabilisation Facility (NEMSF), among others.
In defending these interventions, the CBN said Emefiele chose to go into agricultural , industrial and infrastructural financing to ensure the real growth of the economy in reaction to the IMF criticsm of the CBN for its direct involvement in the economy.
“There is nothing unusual about what the CBN is doing. We agree with the IMF that one of the core functions of the central bank in any country is to maintain price stability “They said we should focus on inflation targeting, but that is just one bit of it, IMF will expect us to import food and not make arrangements to produce our own foods. The CBN is funding farmers who will grow food, supply to our people and by doing so reduce the price of food in the market,’’ the CBN said.
According to the apex bank, food was responsible for about 50 per cent of the causes of price increase in Nigeria, saying, “so what we are doing is delivering on our core function which is ensuring that there is price stability’’.
Emefiele’s central bank also said it was intervening in infrastructure because the present high cost of doing business drove up interest rate as well as other costs. The CBN director said that the bank’s strategy was already yielding positive results and millions of jobs had already been created through the provision of credit to farmers and small scale enterprises.
Now that the first term is almost coming to an end with visible imprints in various sectors of the economy, the question is: will Emefiele now shift focus away from growth or development central banking to a new form of financial system efficiency paradigm, with special attention on inflation targeting, efficient running of the financial system, closer monitoring of the financial system, among others?
The weeks and months ahead may very well unveil a new thinking and new direction from from what is on ground now. Whatever the the new thinking is, we do hope it is all for the improvement of the fnancial system and the  well being of the economy
Businessamlive Website Stats