Emirates Airlines, one of the two flag carriers of the United Arab Emirates, has announced it would resume operations to Lagos from 11 September, 2022. 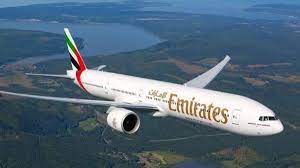 The airline made this disclosure in an email to its customers and travel agencies on Wednesday.

According to the International Air Transport Association (IATA), Emirates issued the mail five days after the Federal Government released $265 million to foreign airlines operating in the country to settle outstanding foreign airlines’ trapped funds out of the $464 million owed to the airlines in Nigeria.

“We are pleased to inform you that effective from 11th September 2022, we will reinstate operations of our flights,” Emirates said.

The airline had weeks ago said it would be suspending all its fights to and from Nigeria with effect from 1 September.

It had stated that it had exhausted all options to address its ongoing problems with repatriating funds from Nigeria and had made significant efforts to open up communication with the appropriate authorities in hopes of prompting their assistance in coming up with a viable solution, and regrettably there had been no progress.

“We remain keen to serve Nigeria, and our operations provide much-needed connectivity for Nigerian travellers, providing access to trade and tourism opportunities to Dubai, and to our broader network of over 130 destinations,” the airline had stated.