…as 70% of DisCo’s customers is unmetered 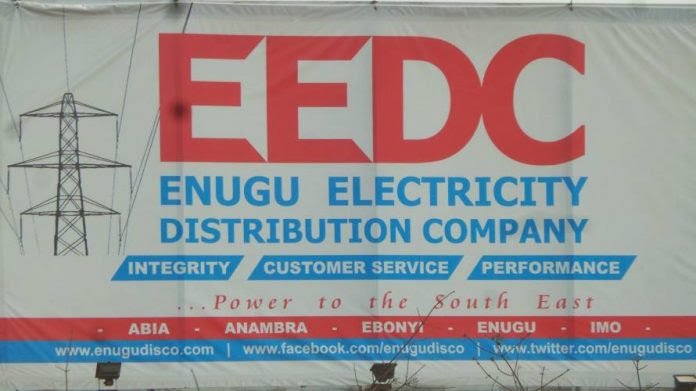 Enugu State House of Assembly members have asked the federal ministry of power to review the rather nauseating monopoly being enjoyed by the Enugu Electricity Distribution Company (EEDC) in the South-East; saying that the electricity distribution company’s (DisCo) has so far exhibited commerce without morality on its power consumers in the region.

Particularly, the assemblymen asked the EEDC management to clearly adhere to the Nigerian Electricity Regulatory Commission’s (NERC) provision on the rights of consumers in Part III, Section 352 of the Metering Code. For them, the DisCo has run foul of the NERC provision.

According to checks by business a.m., available statistics with the NERC indicate that EEDC has a customer base of 732,423 within the five states of the South-east region of Abia, Anambra, Ebonyi, Enugu and Imo states. Sadly, 70 percent or 512,335 of this number are unmetered, a development that has trailed off wide complaints from electricity consumers.

business a.m. learnt that the regulatory commission, NERC described the DisCo’s operation as “unacceptable for quality service delivery.” NERC is said to have decried the fact that EEDC was yet to commence its meter roll-out plan, as contained in the performance agreement signed with the federal government when the new owner took over the electricity distribution company in the South-east since about 2015.

An ad-hoc committee established by the state House of Assembly, after receiving several complaints from consumers, especially across the state, returned with a verdict that EEDC had short-changed millions of its clients on the issue of consumer protection on the decommissioning of old meters by the company.

Uche Ugwu, chairman of the ad-hoc committee and deputy speaker of the assembly, presented the report, saying the committee was set up because of several petitions and letters against EEDC.

“The letters and petitions were from concerned individuals, customers and labour organisations concerning the activities of EEDC, especially as they concerned decommissioning of old pre-paid metres. Our committee observed that NERC did not authorise decommissioning of meters by the DisCos or payment of outstanding bills as a pre-condition for acquiring meters under the meter asset provider scheme.”

Ugwu commended the NERC for its timely intervention; and called for a reduction in the tariff charged by EEDC in the South East, which he said was the highest in the country.

The Enugu State Assembly also asked EEDC to stop decommissioning of meters without immediate replacement, saying that no electricity consumer should be denied the opportunity to acquire meters under the new regulatory framework on account of outstanding estimated bills.

EEDC has, as part of its performance agreement undertake to provide an average of 100,000 meters installed within its network on an annual basis over the next five years. That agreement has since been reviewed to ensure that the present metering gap of 512,335 should be closed within the next three years.

“It is sad that Enugu DisCo has not commenced the implementation of its meter roll-out, in accordance with the performance agreement signed with the government under the privatisation programme,” NERC was quoted to have said three years ago.

CBN issues new directives on use of Forms M, LCs, other forms of payment