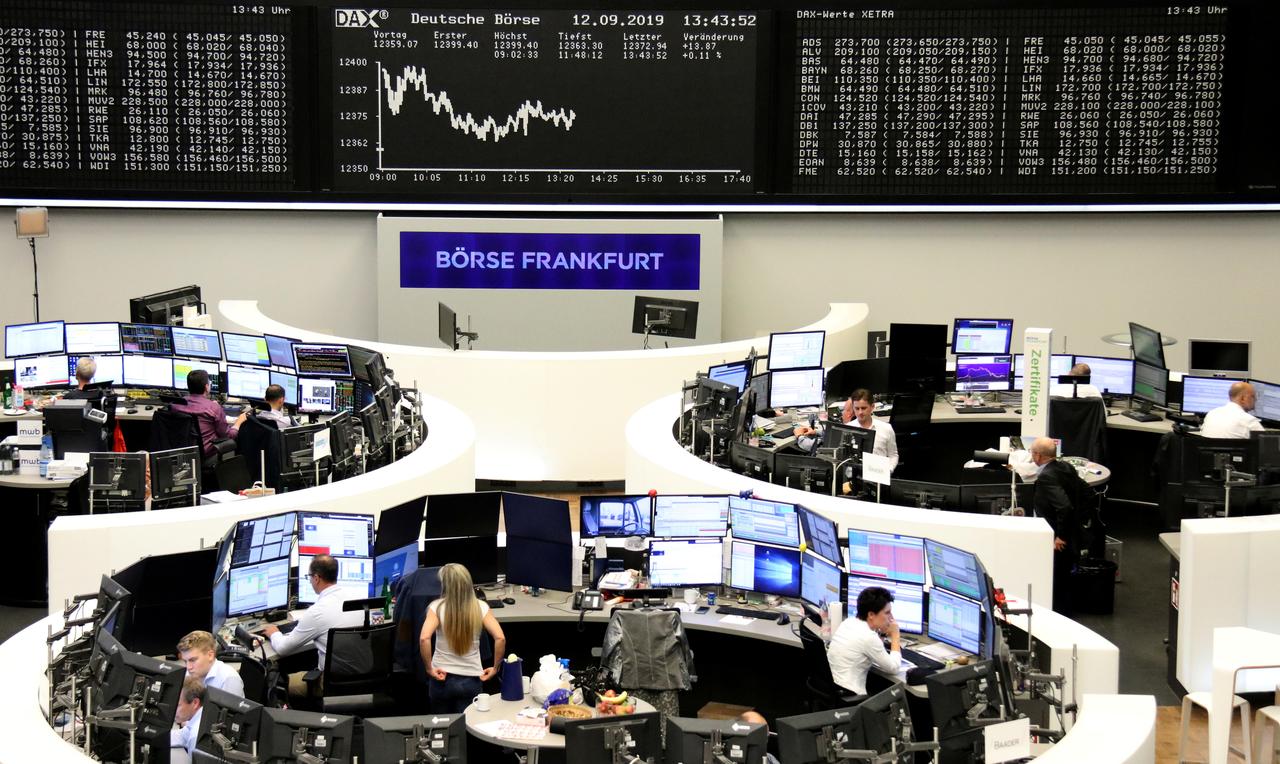 European stocks slipped on Monday, dragged down by a slump in shares of Tullow Oil after its chief executive stepped down and the oil and gas explorer scrapped its dividend, while weak data out of China also weighed on sentiment.

Shares in Tullow  which continues to face issues at its main producing assets in Ghana, hit a 19-year low following the announcements.

The broader energy .SXEP index shed 1%, the most among the European sub-sectors, as crude prices fell [O/R]. The pan-European STOXX 600 index lost 0.2%, following a more than 1% gain on Friday after a robust U.S. jobs report.

On Monday, data from China showed exports in November shrank for the fourth straight month, the latest sign that the world’s second-largest economy continues to reel from the impact of a prolonged trade war with the United States.

“(The China data) is obviously not ideal for the exports market and trade overall. So, trade concerns are certainly back,” said head of equities Roger Jones, and senior equity analyst Renata Klita, at asset manager London & Capital.

Washington an Beijing have been engaged in discussions since October to strike an initial trade deal ahead of the next set of U.S. tariffs on Chinese goods that are to take effect on Dec. 15.

There is also some market caution going into big events in the market this week, including U.S. and European central bank meetings as well as British parliamentary elections, Jones and Klita added.

Healthcare heavyweights Sanofi and Roche were among the biggest drags on shares amid takeover attempts of Synthorx and Spark Therapeutics, respectively.

French stocks  lost half a percent as the country’s finance minister said they were ready to go to the World Trade Organization to challenge U.S. President Donald Trump’s threat to impose tariffs on champagne and other French goods in a row over a French tax on internet companies.

Limiting losses on the STOXX 600 was a 4.6% jump in British retailer Tesco after the company said it might sell its Asian businesses, while Osram  rose 14.9% on speculation that sensor specialist AMS could make a higher offer to buy out the German company.