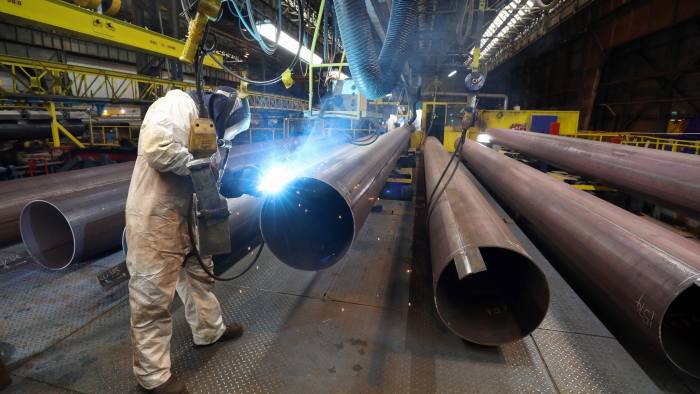 Oluwafemi Osinubi, senior analyst at Cowry Asset Management has advised the Federal Government to focus on the manufacturing and the ICT sector for a meaningful economic growth this fiscal year.

He said this in reaction to the devastating effect the coronavirus (COVID-19) on the global economy, nothing that the manufacturing and technology sectors hold the key shielding Nigeria from shocks coming from the global oil market.

Speaking with business a.m in an interview, Thursday, Osinubi noted that economies of developing countries had started to feel the negative effect of the spread of coronavirus globally in various sectors of their economy and Nigerian economy is not immune to this.

According to him, this tightrope which will befall the government in no longer time is due to the monopolistic nature of the economy whereby about 80 percent of the country’s foreign earnings is derived from sales of crude oil.

He observed that now that oil prices at the international markets have plummeted by 50 percent, the government would be left with no choice than to focus on other areas of the economy.

He said, “The manufacturing and ICT sectors are the two major sectors government needs to focus on, if it is willing to print any meaningful economic growth rate.

“Vibrant manufacturing sector will bring about the much industrialisation we need to catalyse growth as employments are generating while value is added to our commodities before exporting them. ICT will also facilitate growth as more marketing activities are carried out online. More so, quality home made products an easily be marketed for export using various IT platforms. Today, ICT is really contributing immensely to transportation.

“The issues are enormous, apart from the declining crude oil prices, crude oil demand has also slowed thus, its becoming more difficult for Nigeria to sell even the volume produced. Hence, as the price is decreasing, there is also declining sales volume amid COVID-19; so, Nigeria is double hit on crude oil revenue.”

Earlier this week, the government announced that it will cut its 2020 budget by nearly N2 trillion as part of plans to cushion the effect it will have as a result of the fall of oil prices, Osinubi warned that this move might cause an adverse effect on the country’s capital projects adding that the government will be left with no other option than either to put on hold its various capital projects or go for an aggressive borrowing if it really wants to execute these projects.

He, however, suggests that government should adhere to the economic moves given by its economic team this trying period.

Nigeria bourse down N440bn in 3 days as sell pressure lingers