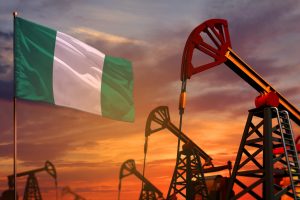 Policies to be implemented with the Finance Act 2020 will not attract investors to the nation’s the oil and gas sector, at least when compared with the Agric, SMEs, retail or insurance sector. This is the submission of research analysts at United Capital, PwC and Deloitte.

Their argument centres on the fact that the amended Petroleum Profit Tax (PPT) Act, deletes the exemption for dividends paid out of upstream petroleum profits, thus subjecting investors to 10 percent withholding tax.

According to analytical reports released by the aforementioned investment and leading tax firms, the attractiveness for companies involved in gas utilization reduces significantly since the finance bill removed the benefit of carrying forward capital allowance to post pioneer status periods, thereby discouraging the unnecessary extension of pioneer status.

However a look at performance of the Nigerian Stock Exchange’s (NSE) oil and gas index in the period of signing the act into law till Friday 24th January 2020 (a two week period) showed that the NSE Oil and Gas Index had gained 5 percent. Thanks to Seplat, whose stocks had risen 2.9 percent to settle at N605 within the review period.

Speaking with business a.m. on what investors could be pricing in on, Gilbert Ayoola, a business and financial adviser with Resort Securities and Trust Limited, who also couples as the general secretary of Ibadan Zone Shareholders Association shared the following insights.

According to him, the oil and gas industry is one with a wide range of highly lucrative opportunities. He acknowledged the risks in the sector being as high as the returns it promises, but assured that investing in the industry can make a whole difference to an investment portfolio in a not-so-long period of time.

This, he said is because oil and gas has become a mono-product upon which the income of the economy is based. “It is good to note that the new Finance Act offers incentives for companies in the downstream oil and gas sector that are deliberate and strategic about gas utilisation, providing that companies under the Companies Income Tax Act (“CITA”) engage in gas utilisation are granted a series of incentives for utilisation of gas. These incentives include: a tax-free period for up to five years, accelerated capital allowance after the tax-free period, tax-free dividends during the tax-free period and tax-deductibility of interest payable on loans obtained with the prior approval of the Minister for gas project.”

He further pointed out that the reason there is such a high risk with investing in this industry is that it is teeming with an array of opportunities and these opportunities pay really well.

Highlighting the first benefit to be a huge profit potential, Ayoola explained that this is the most important reason investors opt for oil and gas stocks or other forms of investments in the industry. According to him, one oil well can keep a business in the books for many years, which can generate income and dividends for stakeholders and investors respectively. “Profit margins basically skyrocket when an abundant oil reserve is found and its limits could stretch very far.”

Continuing, he said “return of investment can be as much as ten times higher than money invested. As such, if you invest in a small oil and gas company and it discovers an oil well, the value addition can be astounding. For the long term investor, investments can also provide decades of passive income together with a potential for strong return on investment (ROI),” he said.

He noted increasing demand as a second benefit. “Unlike certain industries that are seasonal or inconsistent with demand, this industry is almost always in high demand and the only thing that can reduce its potential gains or value is when there is an increase in supply to meet those demands thus bringing the price down. He however argued that with no viable substitute in sight yet, the demand for oil is expected to increase some more over the next few years.

Third benefit is Diversification. Ayoola said another benefit of investing in this industry is that it is indirectly proportional to the entire economy. “The economy might crash when prices of oil and gas go up, as the cost of living and inflation rises. In fact, the dependence on the nation in this industry means that when things go bad, it pulls down a lot of aspects with it. The difference, however, is that if you have invested in this industry, you are on the winning side of the economy. As such, if economic downtimes crash your investment portfolio, your investment in this industry will serve as a hedge and mitigate your losses.”

He noted the backing of the government as a fourth benefit. Understanding that one of the core areas the economy/government makes most of its money from is this industry, should put investors mind at a little bit of ease, he said, adding that there are a number of incentives and tax advantages available to encourage those who invest in the sector.

Many of these incentives are provided by the government to boost the economy. Also, where more traditional investments are not available within the sector, the government will put structures in place to encourage private investors, Ayoola further explained.

Although seeing a reduced attraction of Nigeria as an investment destination for oil exploration and production due to the amended PPT Act, analysts at United capital are of the opinion that with Nigeria’s PPT at 85 percent (excluding PSCs), is relatively higher when compared to Angola’s 65.8 percent and Mozambique’s 32.0 percent. Coupled with uncertainty in fiscal terms, following the amended Deep offshore PSC Act and non-passage of the Petroleum Industry Bill (PIB), United Capital Analysts say, all these contribute to the key issues shielding investments in the sector.