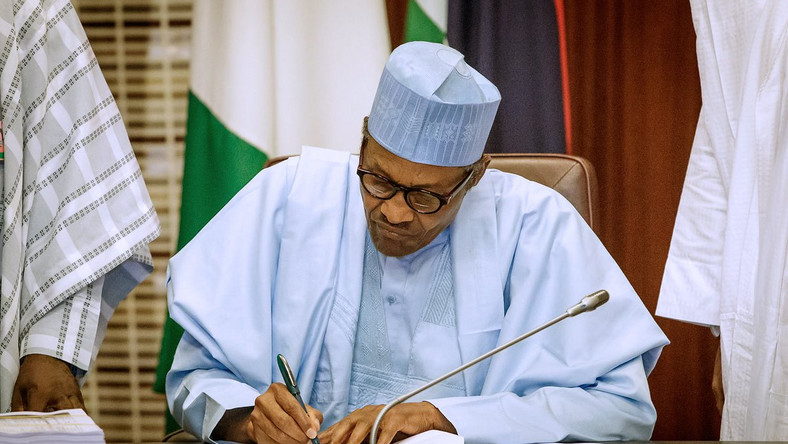 When Muhammadu Buhari, Nigeria’s president, announced the signing of the finance bill into law on Monday, one of the things he said the bill will do is to support micro, small and medium entreprises (MSMEs), in line with the government’s ease of doing business reforms.

The bill ensures that businesses with turnover less than N25 million in a calendar year, do not need to register for value added tax (VAT) payment on their goods and services. Company Income Tax (CIT) for companies also with less than 25 million turnover in the same period becomes 0 percent from previous 30 percent, while CIT for mid-sized companies with turnover between N25 and N100 million was reduced to 20 percent from 30 percent. A further 2 percent bonus will be given to companies which file their tax returns on time.

With over 40 million small and medium entreprises (SMEs) in Nigeria contributing about 48 percent of the country’s gross domestic product (GDP), 84 percent of employment and representing 96 percent of businesses in the country, the finance bill is creating a big opportunity for improved GDP growth, unemployment reduction, and improved national development.

PwC’s report in November 2019 noted that in spite of the role MSMEs play in being the backbone for accelerating inclusive, robust and sustainable economic growth in the economy, they continue to grapple with key issues such as inadequate finance, multiple tax regimes, and other challenges which the finance bill seeks to address.

Other reasons the finance bill was passed:

The bill, according to the president, is reformative, it will incentivise investments and raise government revenues.

PwC’s West Africa tax leader and fiscal policy partner, Taiwo Oyedele agrees that the bill is a reform measure. In a recent interview, the tax expert notes that the bill will enable business growth, create employment, and lead to revenue generation particularly for businesses. This, he said will prompt higher levels of consumption, thereby making businesses more profitable and in the long run improve revenue base for the country through taxes from such profitable companies.

Another report by Deloitte, welcomes the passage of the bill into law as a positive development in the tax landscape of Nigeria. But a complication on the bill raised by both Oyedele and in the report from Deloitte is on the Stamp Duties Act (SDA). The new law stipulates that electronic transfers from N10,000 and above be charged a stamp duty of N50, however the recent guidelines from the Central Bank of Nigeria (CBN) stipulating N10 charge for transactions below N5000 indicates a level of inconsistency, said Oyedele. Deloitte’s report also noted that the SDA do not address the controversy on stamp duty administration by the Federal Inland Revenue Service (FIRS) and NIPOST.

For progress to be achieved with the reforms, Oyedele advised that government must find a way to repeal other laws that encourage corruption and builds trust deficit.

He said, as at date we have 61 official taxes in Nigeria and about 300 unofficial taxes. Revenue generating agencies are over 50, this creates room for inefficiency and corruption to thrive, it also enhance trust deficit.

He advised that adequate education be put in place to ensure that people are clear on what taxes they are to pay and when. Furthermore, government must prioritise when engaging in public spending. He said this well help the people understand what is closest to the heart of the government and endear trust, much needed to boost tax morale.

Sectoral implications of the finance bill

There are six (6) other sectors which stand to benefit significantly from the newly signed bill. As indicated in the PwC report, they include the banking and capital market sector, the insurance industry, the energy and utilities sector.

Also mentioned were the consumer and industrial products sector, the real investment companies as well as the digital economy.

Impact of the finance bill on the banking sector and capital market which is increased investments will occur in the medium to long-term, PwC notes in its report. It said “clarifications on the bill ensures better certainty around taxation for companies operating in the sectors.

On the other hand, the report points out areas that require further clarity, and advises affected companies to carry out an impact assessment as well as engage with government early to ensure best outcome and limit disputes with the tax authority.

The new tax laws in this sector provides more certainty for investors through a friendly fiscal regime PwC says. It noted that previous tax laws were a disincentive to the sector by placing an obligation to pay significant minimum tax when they make losses or earn little profits and restricting claims for unearned premium reserve. Authors of the report also commended the federal government noting that the bill complements the actions of NAICOM in the past to reform the tax laws.

That the non-oil sector will contribute more to revenue generation in 2020 as envisaged in the budget may be far-fetched says PwC. This is because passage of the finance bill into law would witness an increase in the cost of tax and royalties for this sector particularly oil and gas companies. The report’s insight on this sector further indicates that there is lack of certainty around the fiscal outcomes of impending PSC reviews, which may serve as an additional disincentive for future investments in the sector.

From this industry stems the controversial Value Added Tax (VAT). With the VAT being raised from 5 percent to 7.5 percent, experts at PwC highlights one major issue that needs to be addressed, is in making VAT in Nigeria a proper pass-through, where only the final consumer bears the burden.

With the bill now passed into law, it will be helpful if businesses can obtain credit for their VAT costs. Currently, VAT credit is only available for goods purchased for resale or used in manufacturing other products. PwC noted that the current “VAT” system in Nigeria is closer to a cascading sales tax structure, and unfairly increases the cost of doing business along each level of the value chain.

It added that while the 7.5 percent VAT rate is low compared with the rate in other countries, these countries have a proper VAT system that avoids these challenges. Any further increase in the VAT rate without addressing this issue may be detrimental to the economy,” the experts warn in the report.

Excise duties, clarification and expansion on exempt items, excess dividend tax, stamp duties and many others are also part of what this industry faces and were addressed in the newly passed finance bill.

For the REICs, the tax changes are geared towards tax transparent investment vehicles in respect of dividends and rental income and placing the obligation for tax on the respective shareholders subject to meeting the minimum distribution threshold and timing. According to the PwC report, this would make REICs more attractive. From a legal perspective, REICs are more attractive than REITs because they offer the legal protection of a company that limits liabilities to the unpaid capital. With the Finance Bill, they become more attractive as the tax effect produces the same result as REITs. As such, this initiative has the potential to encourage public investments and mobilise more liquidity for real estate projects with a corresponding positive impact on the capital market.

With the finance bill introducing extra categories that will capture e-commerce and technical/management/consultancy services provided remotely by non-resident companies (“NRCs”) to Nigerian consumers, a bit more engagement would be required to avoid double taxation in the area of corporate income tax. The tax experts indicates that FIRS may need to provide some clarification on what mode of returns would be required for the permanent establishments. “The FIRS may also need to invest in capacity to understand the businesses of taxpayers in this sector in order to determine what services are being provided to Nigerian residents and how to fairly determine the attributable profits.”

While overall impact are still being appraised, the challenges that abound requires action from affected individuals and companies. As Deloitte puts it, “taxpayers cannot afford to be caught ‘offside’ in their tax planning and compliance efforts. As a matter of urgency, taxpayers are advised to evaluate how the Bill would impact their operations, review their tax compliance requirements and strategize for effective tax planning.