New data released Friday by the National Bureau of Statistics (NBS), Nigeria has revealed that in the year 2020, the Federation Account Allocation Committee (FAAC) disbursed a total sum of N2.49 trillion to the Federal Government of Nigeria. The 2020 figure is N442.65 billion lower than the total allocation (N2.93 trillion) received in the previous year from the allocation committee. 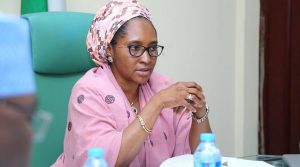 A detailed look at the net allocation for the year shows that during the year that was affected by a global health crisis which led to reduced revenue generation capacity, the highest allocation to the federal government was in the months of January 2020 with the sum of N243.45 billion and followed by August 2020 with the sum of N232.34 billion, which can be attributed to the gradual easing of the lockdown restrictions and guidelines which at the initial stage of the year was enacted in a bid to curtail the spread of the virus.

On the flip side, in the months of December and November 2020, a total of N160.59 billion and N176.28 billion was allocated to the federal government from the total revenue shared in the year.

On the other hand, the data accessed by Business A.M. from the NBS shows that the states received a total of N2.30 trillion within the full year 2020. The months with the highest Net Allocation were January and August with N243.45 billion and N232.34 billion respectively.