Beginning from today, December 1, telecom firms wanting to deploy broadband infrastructure in green areas in the FCT will pay only N14.50 as Right of Way (RoW) charges as against N145 per metre payable elsewhere in the country. 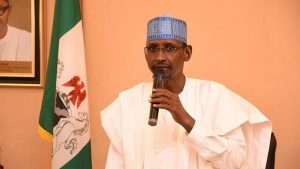 The discounted charges will run for the next two years, Mohammed Bello, minister of the Federal Capital Territory (FCT), had disclosed recently in Abuja at the official launch of some projects approved by the Federal Executive Council under the Ministry of Communications and Digital Economy.

“As a part of our contribution to broadband communication, from December 1, 2022, for the next two years, the FCT will charge only N14.50 per linear data for all telecommunications companies that want to deploy broadband in the FCT in green areas,” Bello said, explaining that green areas are areas where there are no established telecoms infrastructure on ground.

The federal government and the 36 states of the federation as well as the FCT Administration had in 2018 agreed on the harmonisation of RoW charges across the country.

Before the harmonisation, the telecoms operators had been paying various sums, ranging from N4,000 to N8,000 per metre, in different parts of the country, with such high and arbitrary charges seen as disincentive to investment in the sector.

After the harmonisation, the telecoms operators were required to pay N145 per metre to lay fibre cable anywhere in the country.

Also speaking at the launch in Abuja, Isa Pantami, minister of Communications and Digital Economy, assured that he was working assiduously to improve internet speed and reduce its cost in Nigeria in line with the National Broadband Plan 2020-2025.

He noted that digital connectivity and access to information played a role in enhancing the economy, adding that a lot still needed to be done to bridge the connectivity gap in Nigeria.