The Federal Reserve is set to vote on a new approach for overseeing foreign banks such as Deutsche Bank AG, Barclays Plc and Credit Suisse AG that’s expected to require some of them to hold bigger stockpiles of easy-to-sell assets to guard against losses. 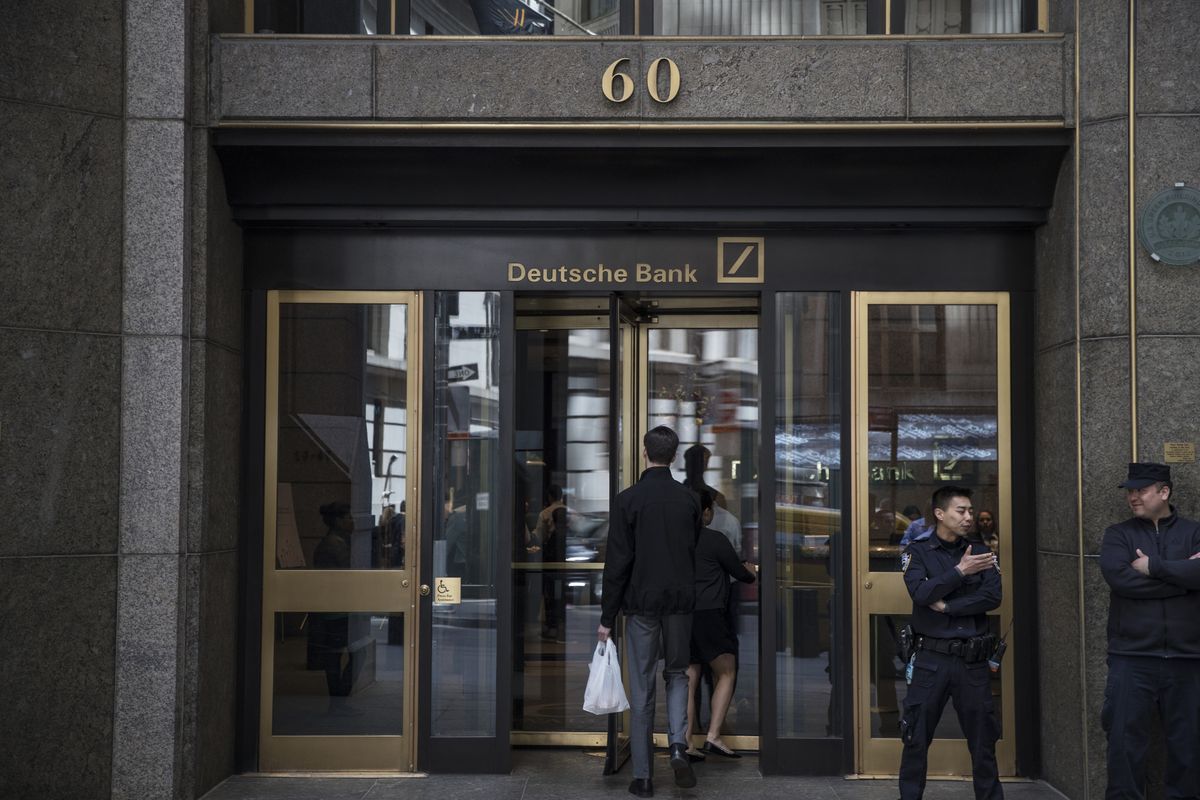 The new system being considered at a Fed board meeting in Washington on Monday closely matches the overhauled domestic-bank framework proposed in October. The parallel regimes are part of an effort to tailor bank rules to exert more pressure on the riskiest institutions. The regime creates a range of risk categories and assigns each large bank to the one that best fits its business model.

Depending on what final calculations the Fed lands on, several foreign lenders — including Deutsche Bank, Barclays, Credit Suisse, Mitsubishi UFJ Financial Group Inc., Mizuho Financial Group Inc. and Toronto-Dominion Bank — could be slotted into the second tier, just below a group of U.S. banks with massive global footprints. A second-level designation would come with routine stress testing and the most stringent rules for capital. The banks would also be subjected to the same liquidity demands as the U.S. megabanks.

“Because the U.S. operations of most foreign banks tend to have a larger cross-border profile, greater capital markets activities and higher levels of short-term funding, they often present greater risk than a simpler, more traditional domestic bank,” Fed Chair Jerome Powell said in a statement on the proposal.

The new system is being proposed in cooperation with the Office of the Comptroller of the Currency and the Federal Deposit Insurance Corp. The Fed estimated it could boost liquidity demands by as much as 4 percent. The reason for uncertainty over which category banks fall into stems from the fact that the Fed needs more information to measure “cross-jurisdictional” activity.

Banks slotted into the third tier — which is expected to include HSBC Holdings Plc, UBS Group AG and Royal Bank of Canada — are also likely to benefit from marginally reduced capital requirements.

While bracing themselves for potentially more vigorous liquidity rules, the biggest foreign banks may join some U.S. regional lenders in seeing a rollback in requirements for filing so-called living wills designed to show how they could be unwound in bankruptcy after a collapse. The Fed and FDIC are set to propose a three-year filing cycle for such banks, while keeping the two-year requirement for the biggest U.S. banks.

Smaller U.S. regional lenders, such as Regions Financial Corp. and M&T Bank Corp., would be cut from the requirement completely in this proposal, with the regulators arguing that such institutions don’t really pose a threat to the financial system.

The Fed has been working for years to further tailor rules put in place after the 2008 financial crisis, and it is a central priority for Fed officials appointed by President Donald Trump. The process — which generally involves dialing back regulations for regional and smaller banks — was further spurred when Congress passed a law last year requiring such tailoring.

Critics including Fed Governor Lael Brainard have argued that the regulator is overly weakening some of the protections put in place to prevent another crisis. In a statement Monday, Brainard said the Fed’s new proposals undermine oversight “at a time when large banks have comfortably achieved the post-crisis requirements and are providing ample credit to the economy and enjoying robust profitability.”

Brainard said she opposes the changes for foreign-bank oversight and also intends to vote against the relaxation of living-wills requirements.

After approving the proposals, the Fed will open them to public comment through June 21. The agency still needs to finalize the October proposal for U.S.-based banks.