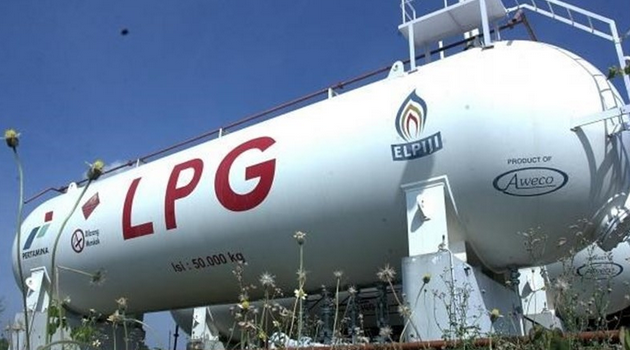 The Federal Government, yesterday, set a two-month deadline for marketers and dealers of liquefied petroleum gas, LPG, also known as cooking gas, to weed out illegal and roadside dealers amongst themselves before the government commences full clampdown on unregistered and unlicensed gas sellers.

Speaking in Abuja, at the Department of Petroleum Resources’, DPR, annual general stakeholders’ meeting for the 2019 fiscal year, Zonal Operations Controller, Abuja, of the DPR, Engr.

Buba Abubakar, said the department had reached an agreement with the LPG retailing group of the Nigerian Union of Petroleum and Natural Gas, NUPENG, on the need to weed out unregistered and unlicensed cooking gas dealers before the crackdown begins.

He stated that the LPG retailers group, would within the two-months period, undertake a sensitisation exercise among cooking gas sellers and compel those illegally dealing in the commodity to regularise their operations and obtain the necessary licences and permits or risk sanctions after the expiration of the grace period.

Abubakar said, “We agreed that the LPG retailing association of NUPENG is going to flush out the unregistered retailers among themselves, especially in Abuja. We agree that they are the ones that are going to do so within these two months. It was agreed that afterwards, the DPR, LPG retailers division of NUPENG and the Nigerian Security and Civil Defence Corps, NSCDC, would flush out the illegal dealers completely. In fact, the marketers have agreed to assist us in flushing out the unregistered dealers.

“The LPG retailers group asked that we give them two months to sensitise their members on the dangers of not registering; the dangers of using a green area or anywhere they find themselves for the sale of gas. The marketers agreed that they would talk to their members, and encourage them to come and register.

“When they come, we would look at their application critically and objectively, in terms of their location. We cannot give them site suitability; it must be suitable for sitting of LPG retail.”

Abubakar further stated that the DPR would in the next couple of days launch an initiative called the Minimum Industry Safety Training for Downstream Operators, MISTDO, aimed at improving the safety of lives and property in the sector.

He added that the mandatory training planned for all downstream operators, including LPG and haulage tankers drivers, to encourage them to adopt and implement global safety practices in their operations. Also speaking, Principal Organising Secretary of NUPENG, Comrade Alexander Stephen, agreed that there are unlicensed gas dealers across the country noting that the group was working with the DPR to wipe out quacks in the business, especially with renewed concerns around safety in handling of the commodity.

He said, “In our meeting with DPR, we identified the issues of safety in terms of dispensing cooking gas as a major concern not only to the public, but also to the operators. We also identified that there are quacks among those that deal in that business; who maybe because of loss of their formal jobs decided to go into the business.

“We know the unlicensed operators and we have agreed to work with DPR to get those people out of the streets. We had suggested that we needed three months to carry out this operation, but DPR insisted that two months is enough for us to achieve that. The bottom line is that we want to start first, wherever we get to, we take it up from there.”