Fitch has said Nigeria’s sustained use of direct monetary financing could raise risks to the country’s macroeconomic stability given the current weak institutional protection that preserve the policymaking credibility of the central bank, as well as its ability to control inflation. 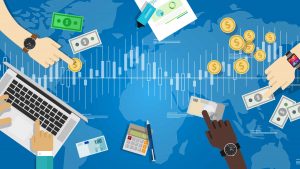 The credit rating firm in a note on Nigeria released Wednesday said government’s repeated recourse to its Ways and Means facility (WMF) with the central bank (CBN) highlights weaknesses in public finance management.

Prior to this time, the CBN’s guidelines limited the amount accessible by the government under its WMF to 5 per cent of the previous year’s fiscal revenues. Yet, the federal government’s new borrowing from the apex bank has continually exceeded that limit in recent years, and reached around 80 per cent of its 2019 revenues in 2020. The guideline also stipulates that borrowing under the facility be repaid in the same year it was borrowed.

On the other hand, the federal government has stated its intention to securitise balances borrowed under the facility, but published figures show that the amounts borrowed have been rolled over repeatedly in recent years.

Also, statistics from the government indicates that the Nigerian treasury paid N912.6 billion on the facility in 2020, which is only 9 per cent of the outstanding balances at the close of 2019. But the government has decided to use this source of financing, despite ample liquidity on its domestic debt markets, as illustrated by negative real yields.

However, Fitch states that it understands that Nigeria’s ability to borrow from the domestic debt markets is constrained by the authorisation granted by parliament in the budget law, but it stated that the repeated resort to CBN reflects higher-than-expected deficits, pointing to entrenched weaknesses in public finance management.

“Fiscal financing of the deficit hoists challenges to monetary policy implementation,” said Fitch, noting, however, that “rigid management of domestic liquidity is a key tool under the CBN’s policy of prioritising the stability of the naira. It could also complicate official efforts to bring inflation back under control,” it maintained.

Nevertheless, Fitch views the Nigerian government’s fiscal revenue and expenditure projections for 2021 as broadly realistic, which should rule out further significant borrowing by the government from the apex bank’s facility this year. The government may, on the other hand, use the facility more extensively if the deficit proves wider than forecast or if external financing falls short of planned amounts.

In the meantime, Nigeria’s government directly borrowed 1.9 per cent of its gross domestic products from the CBN to fund its fiscal deficit in 2020, which is estimated by Fitch at 3.6 per cent of GDP. A number of emerging markets resorted to central bank deficit financing in 2020 against a background of critical spending needs and short-term market dislocations connected with the coronavirus pandemic.

“However, the use of central bank financing in Nigeria predates the pandemic shock. We estimate that the balance of the government’s WMF with the CBN was around N9.8 trillion (6.7% of GDP) at end-2019, up from N5.4 trillion (4.2% of GDP) at end-2018. Unlike the government, we include this balance in our metrics for Nigeria’s government debt. Borrowing from the facility accounted for 30% of the FGN’s debt at end-2019, on our estimates,” Fitch reported.