Fitch Ratings, the credit rating firm, has revised its global GDP forecast for 2021 and now believes there would be a modest uptick to 5.3 per cent in the year that immediately follows an economy ravaged 2020 pandemic year. 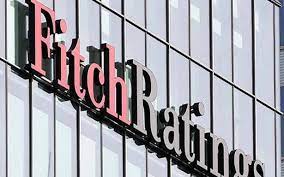 The revision, according to Fitch, reflects a stronger-than-expected recovery in the third quarter of 2020. As well as being widespread, this outperformance was on a sufficient scale to leave annual GDP in 2020 at a higher level than in the September GEO despite factoring in renewed declines in GDP in the last quarter of 2020 in Europe. Nevertheless, the decline is still nearly twice as deep as that in 2009, when world GDP fell by 2.1 per cent, Fitch observed.

The credit rating firm also revealed that with the pandemic dominating the economic outlook into 2020 globally, economic activities will be compressed in the next few months (Q1’21), but that the roll out of vaccine, which looks imminent raises the prospect of a significant easing in the global health crisis by the middle of 2021 and a more sure-footed economic recovery thereafter.

“The coronavirus is once again taking its toll on economic activity as the second wave prompts new restrictions, but the vaccine news is a game-changer for the outlook over the next two years,” said BrianCoulton, chief economist, Fitch Ratings.

Stronger growth seen in US, China, offset largely by weaker growth in Europe

On zonal forecast, Fitch stated that United States’ GDP is expected to fall by 3.5 per cent in 2020 but as immunisation allows for faster reopening of services-sector activities, the country’s annual GDP growth in 2021 is expected to advance to 4.5 per cent and 3.5 per cent respectively. On the flip side, modest declines in activity in the immediate months ahead is imminent according to Fitch due to the fact that policy support is fading at the end of the year and extended unemployment insurance is starting to be unwound in the country.

Furthermore, the Eurozone GDP is now expected to fall by 7.6 per cent this year but the winter lockdowns will weigh on the zones annual growth in 2021, which has seen a revision down to 4.7 per cent from 5.5 per cent in the last outlook for the region.

And in China, the forecast got lifted to 8.0 per cent for 2021 from 7.7 per cent as the region’s recovery is becoming fully-fledged, and consumer spending picking up, Fitch reported.

“We have also raised our forecast for world GDP growth in 2021, but only by 0.1 percentage points to 5.3 per cent. Expected stronger growth in both the US and China next year is largely offset by weaker growth in Europe. A growth rate of more than 5 per cent would be very high by historical standards – world GDP has averaged 2.6 per cent a year since 1990 – but has to be seen in the context of the low base in 2020,” Fitch wrote.

However, the foregoing, the gross domestic products of emerging markets excluding China, is also expected to contract less sharply as the region’s GDP forecast remains marginally weak for 2021 at 5.0 per cent and reflecting less powerful base effects. This reflects upward revisions to India, Russia, Brazil, Mexico and most notably Turkey, where a rapid return to positive year on year growth in the third quarter of 2020 has pushed the annual forecast to be mildly positive.

Sharp reopening boost is imminent, but not ‘V’ shaped kind of recovery

The Fitch economic outlook report further showed that with the tendency for growth to be stronger when the starting level of GDP is unusually depressed, a sharp reopening boost is imminent, but not ‘V’ shaped kind of recovery. It noted, particularly, that in the depth of the crisis, many doubts, however, were expressed about the capacity of economic activity to revert quickly back towards pre-pandemic levels after lockdown restrictions were eased.

Also, it is expected that the US and the eurozone regain pre-pandemic GDP levels earlier than previously anticipated, by the first nine-month in 2021 and within the first half of 2022, respectively. However, a downside risk could be vaccine rollout delays which could result in repeated circuit-breaker lockdowns and extensive social distancing through 2021, weighing heavily on GDP.