AOCATERNIZ are legal consultants in the field of ICT law

Borderless financial transactions are suddenly upon us and so are novel ways of storing value –  money, stocks, shares, derivatives, gold bars, artworks, real estate and more recently, Cryptocurrencies, such as Bitcoin, Ripple- XRP, Binance and Ethereum. In July 2016 more than 700 cryptocurrencies were available for trading digitally worldwide, with only nine of them having market capitalizations worth $10 million. Today, there are over 1500 cryptocurrencies with a market capitalization of over $1 trillion. The price of a bitcoin currently, barring any issues of volatility is about $63,000. South Korea, which is now a major cryptocurrency market boasts of a daily trading volume of $9 billion. Nigeria, like other nations around the world, is now caught by this “CRYPTO” frenzy with a mixed bag of excitement for the youths and “Old school” fears and confusion on the part of the regulators. The fact of the matter is that money as a legal tender or as a storage of wealth has been on an evolutionary path for centuries from the days of Barter and now on a new electronic frontier referred to generally as “Digital Currencies”. 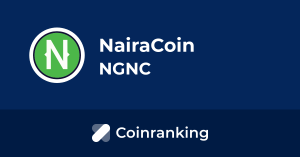 The concepts of Bitcoin and Blockchain

Bitcoin as a digital currency and store of value rides on Blockchain network infrastructure; it is a digital ledger of sorts which records the transaction details of a sender, receiver and the amount in blocks which are linked and stored with encryption technology referred to as cryptography. Through the process of Bitcoin mining new Bitcoins are generated and added to the block and once entered it cannot be tampered with unless a sophisticated hacker tries to exploit network vulnerabilities; which is often rear. Blockchain contains a hash or digital fingerprint of all preceding blocks which is stored in the Chain and maintained on several servers globally, which makes it complex to hack. This is its main feature of decentralization. Blockchain as a disruption technology can be put to diverse uses because of its ability to protect data; some businesses are using blockchain technology to create smart contracts and make international payments; with great potential for supply chain management, Property or Land title registrations, social media networks, electoral process management and virtual financial systems as is seen in the current proposals in China and US for a virtual yuan and digital Dollar respectively.

Central Banks globally are of the view that the future of cryptocurrencies as a mainstream means of exchange is very hazy; in fact, it is believed that cryptocurrencies like bitcoin and Ethereum have no future because of their uncertainty. The Nigerian Central Bank governor is reported to have suggested that cryptocurrencies are made from “thin air” necessitating the ban in Nigeria because of the potential of Bitcoin and other Cryptos being used as a conduit for money laundering. The nation’s Vice President, Professor Yemi Osinbajo, SAN, has mentioned that our regulatory authorities should not react out of fear by placing a blanket ban on the use of cryptocurrencies but be guided by knowledge and its supporting technologies. CBDC’s are actually being developed as a countermeasure to the use of cryptos; and as a tool for modernizing global financial systems as well as accelerating domestic and international settlements and payments. China is a leading voice in driving this technology. The director general of China’s digital currency Institute, Mu Changchun, proposed recently: that interoperability should be enabled between CBDC’s of different jurisdictions and that information flow and fund transfers ought to be synchronized so that regulators can monitor transactions for compliance. Furthermore, he suggests a scalable foreign exchange platform supported by DLT (Distributed Ledger Technology) such as Blockchain. The PBOC, ECB, US Federal Reserve Bank and other central banks in the UAE, Saudi Arabia, are all experimenting with CBDC projects and the earlier regions mentioned above are looking forward to issuing forms of Digital Monies to reduce dependence on the dollar dominated global monetary system.

On the flip side CBDCs are heralding a possible end to physical cash used by operators of the “Shadow Economy” which the International Monetary Fund (IMF) refers to as an ecosystem of consumers and businesses who rely on cash to avoid taxation and regulatory oversight, these can include small businesses and organized crime like money laundering syndicates and drug dealers estimated to be over $2.4 trillion in the Eurozone alone.

Bitcoin mining is a process by which miners use complex mathematical algorithms to harvest a hash function, which then allows the miners to record transactions on the blockchain. It is a time and computing power consuming process. Bitcoins are limited to 21 million coins. The advanced computers used by miners consume a lot of electricity and is not a good Return on Investment (ROI). Countries like China and Brazil are providing strict regulations on its use; energy levels used by miners have been reputed to be enough to power cities. There are over one million bitcoin miners globally all racing to add the next block of transaction code to the blockchain; they are rewarded collectively with approximately $1 billion per month in bitcoins. Ten years ago bitcoin miners used a simple computer processor, but with more awareness of the technology more powerful systems like graphics processing units (GPUs), field programmable gate arrays (FPGAs) and the application specific integrated circuits (ASIC) were deployed. Bitcoin miners use overall about 121.4 terawatt hours (tWh) of electricity per year, enough to power the economy of Argentina for a whole year. Legally speaking bitcoin mining is legal in some countries and illegal in others due to the fact that it threatens mainstream currencies and in effect government control over financial markets. It is legal in most countries with the exception of countries like Egypt, Morocco, Bolivia, Ecuador, Nepal and Pakistan.

The US treasury secretary, Janet Yellen, recently reiterated the importance of international regulation for bitcoin and other cryptocurrencies so as to protect the financial markets from illicit transactions; she refers to bitcoin as a “highly speculative asset with high levels of volatility”. Furthermore, she observes that in order to protect investors, institution dealing in bitcoin need to be regulated. This perhaps echoes the position of CBN, the Nigerian regulator of banks and financial services. The European Commission is planning to develop a clear and strong legal framework for the regulation of cryptocurrencies by 2024. The EU Commission also stated that prudential rules for crypto-assets held by financial firms will also be reviewed which will compel banks dealing in these digital assets to hedge with more capital owing to the risks and volatility associated with crypto-assets. The draft law will clarify current rules and set out new regulations. China primarily places strict restrictions on the use of cryptocurrencies, it does not recognize them as legal tender but sees them as “virtual commodities”. It, however, endorses blockchain technology as it applies to the greater economy. China went as far as banning its first initial coin offering (ICO) which saw Chinese investors and firms moving their business to more crypto friendly destinations overseas. The current 14th 5-year development plan of the PROC, 2021-2025, has now, for the first time, documented the use of the principles blockchain and digital currencies as dynamic technologies for use in the Chinese Economy.

Nigeria and South Africa (SA) are the two largest economies in Africa and also caught by the floodgate of cryptocurrencies. There are no specific regulations in SA but there is optimism about the future as regulators are currently collaborating with Fintech and banking industries; because of the potential of Blockchain technology to capture the unbanked in sub-Saharan Africa with an estimated population of 350 million. The Nigerian scenario has seen the Security and Exchange commission (SEC) initially releasing directives that it will issue guidelines for cryptos; and recently the CBN declared an outright ban on virtual currency transactions by banks; regulators should not be seen to be working at cross purposes. CBN as the regulator for the banks is concerned about the money-laundering drawbacks of cryptos. In fact, the CBN ACT 2007, BOFIA 2020 and NFIU ACT 2018, are replete with provisions on anti -money-laundering and combating financing of terrorism. The CBN has a mandate to, by virtue of section 2(b)(c) and (d) to issue the legal tender currency in Nigeria; maintain external reserves and safeguard the international value of the Naira, as well as ensure a sound financial system. Consequently, it is also mandated to implement the provisions of the BOFIA 2020. By virtue of section 66 generally, all banks, specialized banks and other financial institutions, are to design policies that will ensure compliance with all laws, regulations and directives that facilitate the prevention of money- laundering and financing of terrorism transactions in line with global best trends and section 68 allows the CBN to make regulations and issue guidelines with regards to Cybersecurity in the delivery of financial services. The Money Laundering Act, 2011, is the most comprehensive law on this subject with no provisions as it relates to cryptocurrencies. Nigeria should set up a National Digital Currencies working Group (NDCWG) to review global approaches and set an agenda for a proposed NIGERIA CRYPTOCURRENCIES USE LAW.

On the heels of the US Subprime mortgage crisis between 2008 and 2010, which snowballed into a global financial crisis; where hedge funds, banks and insurance companies were involved, demand for mortgages led to an asset bubble in the housing sector; adjustable mortgage interest rates skyrocketed because the Federal Reserve raised the federal funds rate. This culminated in home prices plummeting and most borrowers defaulted. It was during this season that the elusive, enigmatic and unidentified Satochi Nakamoto invented the world’s first Bitcoin and database. In a paper authored by Mr Nakamoto, he describes “a peer to peer electronic cash system which would allow online payments to be sent directly from one party to another without going through a financial institution. Digital signatures are part of the solution but the main benefits are lost if a trusted third party is still required to prevent double spending.” The mystery surrounding its inventor and the volatile and unregulated nature of the Bitcoin makes it to be perceived as a toxic asset, Bitcoin and may be in the future a “Nairacoin” will become more globally and digitally accepted as unit of legal tender with intrinsic monetary value.

In conclusion, concept clarification for cryptocurrencies and blockchain will only be complete by reference to a rudimentary definition of Book Keeping, which is the simple art of recording a businessman’s transactions in a systematic manner so that the books will show at any-time the state of the owner’s affairs. The ledger in today’s world is now digitally encrypted.