Flour Mills of Nigeria plc, a leading integrated food business and agro-allied group in Nigeria, has continued its show of resilience and strong performance despite a rapidly changing business environment after it recorded 31 per cent growth to N200 billion in its Q3 revenues while its year to date as of December 2020 rose to N555.3 billion from N423.5 billion during the first 9 months of its trading year. 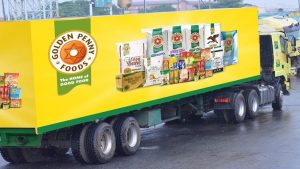 The agro-allied company in its recently released third-quarter operating statement, signed the Umuolu Joseph, the company secretary, and filed with the Nigerian Stock Exchange, highlighted that revenue growth is an indication of the significant improvements across all key segments while the agro-allied segment has continued to show impressive growth in line with the projections across the protein, starch, fat and oils value chain of the business.

Also, the company recorded N23.6 billion in profit before tax (PBT) for the full year 2020/21 ahead of the 2019 figure of N17.5 billion. It revealed that the growth in PBT was driven by investments in agro-allied yielding returns as well as the solid growths in its food and sugar segments. Similarly, the group’s total comprehensive income for the period surged to N15.59 billion from N8.15 billion for the period under review.

Boye Olusanya, the group managing director, while commenting on the results said: “Our ability to stay resilient while growing organically in a rapidly changing environment validates our investment strategy, and the strength of our diversified portfolio.

“We are keeping in stride with the government’s vision to ensure food sufficiency and have delivered another truly remarkable result this year. Our priorities remain the same of feeding growth and productivity in Nigeria’s food and agro-allied sector, feeding communities with empowerment, and feeding Nigeria’s future with significant backward integration projects,” he further said.

The Flour Mills GMD further said that the volume-driven growth strategy in the food segment remained underpinned by the portfolio resilience and the team’s ability to adapt to the changing market environment and dynamics.

Also, Flour Mills of Nigeria with the strong support from its community of institutional investors saw the completion of the N29.9 billion bond issue in a series 4 and 2 tranches issuance which was oversubscribed by 405 per cent within the price guidance with 5 and 7 years of tenors, respectively; and at 5.50 per cent and 6.25 per cent rates, respectively.

Olusanya also noted that similar to the group’s performance over the last few quarters, Flour Mills business has been able to sustain the strong performance in spite of the increasingly difficult terrain and uncertainties.

“Management remains optimistic that with continued efforts in sales and marketing activities geared at boosting top-line while keeping the costs under control we should be able to sustain the good performance for the remaining period,” he said.

In the meantime, the financial statement filed to the local exchange also revealed that the integrated food business generated N50 billion in cash from operations while its net debt saw a 31 per cent decline to N66 billion during the period under review.