Flutterwave, Africa’s leading fintech company with an infrastructure reach in over 33 African countries, including Nigeria, Uganda, Kenya, South Africa and Ethiopia, has appointed Oluwabankole Falade as its chief regulatory and government relations officer. 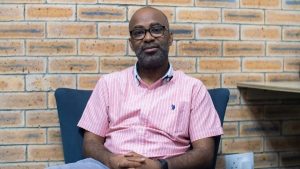 Falade’s appointment, according to Flutterwave, expresses the company’s enthusiasm for a more sustainable engagement with the government and is expected to support the vision of providing strategic oversight and government relation strategies, while ensuring that the interest and needs of the business are aligned with that of the regulators.

Prior to his recent appointment, Falade served as director, regulatory affairs and government relations at IHS Towers, the world’s third largest independent multinational company. He also held key leadership roles at VISA and MTN, where he managed interactions with key government stakeholders and regulators in key markets across Africa.
Olugbenga Agboola, founder and chief executive officer of Flutterwave, who expressed high hopes regarding Falade’s inclusion in the organisation, asserted  that the appointment is well placed to strengthen Flutterwave’s existing relationships, as well as, support the organisation in creating new relationships, while also playing an instrumental role in supporting the organisation achieve its goal of creating endless possibilities for customers with key stakeholders in mind.

Falade, reacting to his appointment, said he is excited about the work Flutterwave has done so far in building trust with regulators, stressing that companies and regulators share the same goal of growing businesses and economies through technology, an opportunity he looks forward to actualising effectively.
Falade is an alumnus of the University of Aberdeen, Scotland with a certificate from the Harvard Law School programme on negotiation. He is also a fellow of the Institute of Chartered Secretaries and Administration, Nigeria and an associate member of the Chartered Institute of Arbitrators in the United Kingdom.
Businessamlive Website Stats