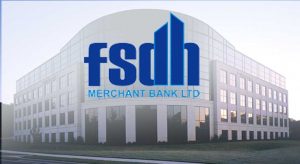 The company said the net proceeds of the bond issue will be used to fund the growth of risk assets of FSDH Merchant Bank Limited.

“The bond issue is the first series under the programme and comprises two Tranches (tranche A & B) of subordinated and senior bond notes, each with five-year tenure. The listing of the bonds on FMDQ’s platform will help provide visibility and enhance the liquidity of the bonds,” he further explained.

Awojobi also disclosed that a portion of the bond issuance will serve the dual purpose of shoring up the bank’s Tier 2 capital, in line with its internal capital adequacy assessment process. He also commended Union Capital Markets Limited for facilitating the bond listing as well as the issuing houses such as Stanbic IBTC Capital Limited, FSDH Capital Limited, Rand Merchant Bank and United Capital Plc, for their support in ensuring the successful capital raise.

The listing approval and admission of FSDH Funding SPV plc come at a period when Africa’s first vertically integrated financial market infrastructure group, announced that Coronation Merchant Bank has started offering Series 17 (180-days tenor) and Series 18 (268-days tenor) commercial paper issuances with a target size of up to N30 billion. The offer was opened on May 10 and would close on May 18 with a settlement on May 19, 2021. The 180-day and 268-day tenor commercial papers are being issued at discount rates of 7.0000 per cent and 11.0000 per cent with implied yields of 7.2503 per cent and 11.9665 per cent, respectively.