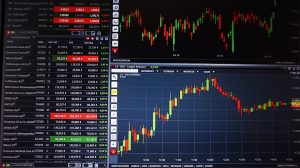 Data from Ernst and Young showed that the total FDI into Africa in 2018 stood at $75.5bn, while that of Nigeria stood at $8bn.

This means Nigeria accounted for 10.59 percent of the total amount of the FDI in Africa in 2018, making it the third-largest destination of the FDI inflow on the continent after Egypt and Algeria.

The value of the FDI invested in other sources aside from equities thus stood at $6.97bn, which was invested in 65 projects and created 10,000 jobs, according to the EY data.

The data said Africa’s FDI was dominated by services projects making, which made two-thirds of the total.

“Nigeria is a key investor into the rest of West Africa, with Morocco also a major player in the region. The key drivers of the FDI in Nigeria would be sound economic reform agendas, economic growth, market size and the ease of doing business.”

Wolfenden added that the FDI invested in the country was not creating a sufficient amount of jobs, compared to other countries.

He said the various governments in Africa were not doing enough to make it easy to do business on the continent, which was slowing down the FDI inflow.

Wolfenden stated that if more governments could be more deliberate in their economic reforms, they would become more attractive for the FDI, which would translate to faster economic growth.

The data from EY showed that Lagos State attracted the largest portion of Nigeria’s FDI with a score of 43.