Isa Pantami, the minister of communications and digital economy, has ordered the Nigerian Communications Commission to implement a directive on the reduction of the cost of data in the country. 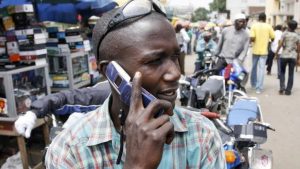 The NCC was equally ordered to enforce an earlier directive to compel service providers to put a stop to illegal deduction of subscribers’ data within five days. The commission was given five days to act on the directives.

Pantami had given the directives in October, after receiving a progress report on the implementation of Short-Term Performance Targets set for the NCC.

The minister had noted that Nigerians were paying so much for data without enjoying value for money spent.

The minister restated the directives during the inauguration of a new executive commissioner of the NCC, Adeleke Adewolu, in Abuja on Tuesday.

He explained that he was not satisfied with explanations made by the NCC after he issued the directives and ordered the Commission to take immediate action on the matter.

The minister said the NCC should act on the directives within five working days and report back to him with feedback.

According to him, Nigerians are complaining over illegal deductions of their data, a situation which he said also applies to him.

Pantami said, “I commented last time on the issue of data deduction, this is one of the issues that is worrying me badly to death.

“I was not fully convinced with the explanation by the NCC; please go back and review that issue.

“It is very important and I want to get your feedback in the next five working days with the decision on it because the complaints from Nigerians are beyond what I can handle.

“As it is today, people are complaining and it happens to me. I recharge my phone (my data line) and I believe what I use is not up to 20 percent of what I purchase.

“This is an issue that is very important.”

Also stressing the need for a reduction in the cost of data, he said, “Also, I directed the NCC to reduce the price of data as well.

“It is very important because other African countries that are not as big as we have a lesser price of data.”

Pantami insisted that NCC’s major responsibility was to protect the consumers and not the service providers.

“As a regulator, your main agenda is to protect the customers. Customers are supposed to be kings and most of these customers are Nigerians.

“Our top priority should be the interest of customers, who happened to be Nigerians,” he stressed.

Further directing the board and the management of the NCC to “immediately sit down and address some pending issues that I have been talking about,” Pantami said he would face a panel on Saturday to defend the ministry’s achievements so far.

He added that he would face another panel to be chaired by the President, on December 1, where he would present a report on the activities of the ministry and its parastatals.

Pantami also directed the NCC to expand the penetration of 3G and 4G networks in the country.