The World Economic Forum (WEF) has identified Increasing geoeconomic warfare as a significant risk to global trade in 2023,  as economic policies continue to be used to develop self-sufficiency and stop the rise of other powers.

The report, which is a culmination of assessments of global risk experts, policy-makers and industry leaders, predicted that over the next two years, crises in food and energy supply chains and geoeconomic conflict will pose major risks to global trade. It also predicted that natural disasters and extreme weather events and geoeconomic confrontation are among the most pressing global risks  by 2025. 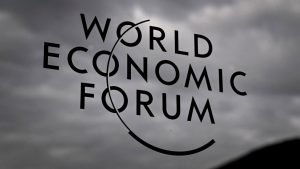 The WEF also emphasises a demand-supply gap for natural resources like food, water, energy and critical minerals and metals in particular, noting that annual demand for resources such as lithium and cobalt is expected to hit 450 per cent of 2018 production levels by 2050.

The collapse of systemically important supply chains was also viewed as having a ‘high’ risk influence in terms of its effects on other factors, placing it on a par with state collapse and the erosion of social cohesion.

Speaking at a press conference for the report launch, Carolina Klint, risk management leader for continental Europe at Marsh, said that securing access to raw materials and making supply chains more robust would be a priority.

“Businesses need to keep an eye on these political risk scenarios, as well as the increased geopolitical tension in the world, because it creates complexity in terms of managing risks in supply chains,” she added.

Commenting on the trade restrictions triggered by the war in Ukraine, Klint remarked that companies are now “turning from a just-in-time approach to a just-in-case strategy”, which includes tactics like nearshoring, stockpiling and vertical integration.

According to her, the relative predictability of the business environment has gone down, which is really forcing companies to allow more slack in the system and be willing to invest a little bit more upfront in order to stay in business and build the needed resilience.

Also speaking at the report launch, Saadia Zahidi, WEF managing director, suggested that a renewed focus on trade investment and cross-border investment was needed to reduce the risk of economic warfare in the coming years.