The Purple Girl Foundation, an initiative of Mary Akpobome, wife of Nigerian ace comedian, Ali Baba, has been launched in Lagos to address the growing issue of out-of-school girls in the country.

The foundation was specifically launched in commemoration of Akpobome’s 50th anniversary, which is expected to raise hundreds of millions of naira from her friends, the board of trustees, highly placed citizens, and well meaning Nigerians to reduce considerably the over 5.5 million Nigerian girls currently out of school.

Akpobome said the purple girl foundation was born out of a desire to provide opportunities for enhancing education for the girl child amid the disadvantages of coming from a low income family, violence prone locations, disabilities, or residing in undeserved areas. 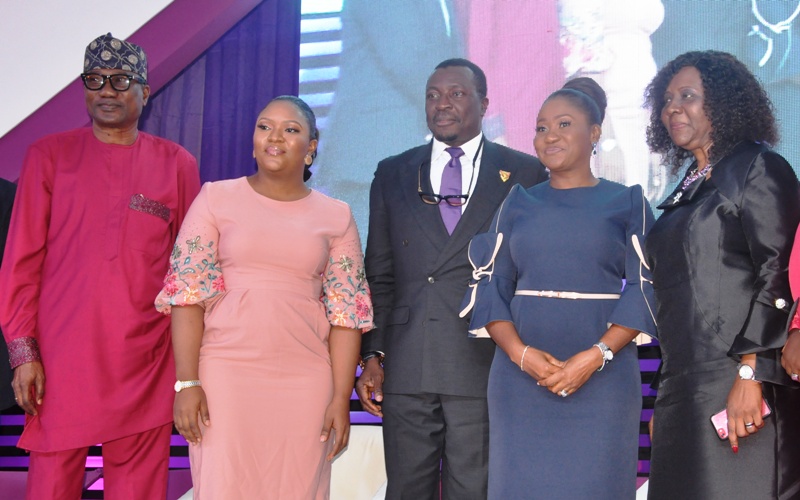 “The need for an intervention such as this is coming at a critical time in the nation’s history where deliberate steps need to be put in place to readjust a socio-cultural, political and economic system that seems to be teetering towards imminent colossal ruin,” she said, noting that the proverbial multiplicative power of a woman is bound to augur well for the society.

The foundation would focus on female children from indigent families in three pilot states in the country from September 2018.

The selection criteria for the beneficiaries would be based on intelligence, obvious disadvantage, physical disability and them being drop outs due to financial hardship.

The foundation, with funds initially obtained from trustees, aims to select and train 50 girls up to tertiary levels, however Akpobome said this number would increase as funding become more available.

Idiat Oluranti Adebule the deputy governor of Lagos State in her address at the launch stated that she is proud to identify with the objectives of the purple girl foundation, which is to promote and enhance the education of the girl child in Lagos state and in Nigeria, thereby complementing government efforts.

According to the deputy governor who was represented by Yetunde Odejaye, the permanent secretary at the deputy governor’s office, it is unacceptable that more girls are dropping out of school for lack of care, support or poverty.

She said the launch and fundraising is therefore a call not only to the purple girl foundation but to all stakeholders, who believe that our girls need the support.

“We must use our voices and resources. I urge you to corporate in lending your hands to the less privileged girls of the poor indigent schools.”

A UNICEF Nigeria report on the state of education in the country reveals that Nigeria’s population growth has put pressure on the country’s resources, public services and infrastructure.

The report noted that since children under 15 years of age account for 45 percent of the country’s 171 million people, the burden on education has become overwhelming.