Gold prices, buoyed by a weakened dollar and the US’ House of Representatives passage of the long awaited $1.9 trillion stimulus package, gained over one per cent on Monday morning to recover from its eight-month lows and 3 per cent loss suffered in Friday’s closing session. 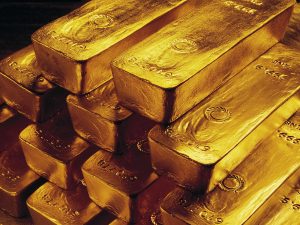 US gold futures rose 1.1 per cent at $1,748.50 while spot gold gained one per cent at $1,750.24. Meanwhile, the dollar declined from a one-week high hit in the previous session, raising gold’s appeal for holders of other currencies.

Stephen Innes, chief global market strategist at financial services firm, Axi, said a reversal of the higher yield trend and a weaker dollar are pushing gold a bit higher. He added that the US stimulus was also underpinning bullion prices further.

Innes asserted that the psychological $1,700 level of gold is very significant on the technical front while the $1,760-$1,765 range is an important hurdle for the precious metal to rise further.

As it stands, gold prices remain volatile with commodity experts and dealers offering varying opinions centered on the next level for prices in the coming days.

However, analysts hold a similar view that the next big support level gold is likely to test this week is the $1,700 level, and a lot will depend on whether the yellow metal will rise or tumble.