Gold investors found a safe haven for the precious metal on Wednesday as prices rose to a one-month high. 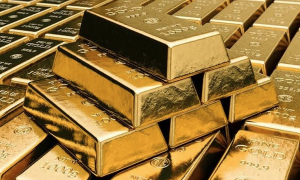 This was motivated following Tuesday’s comment by president Donald Trump for a possible extension of a trade agreement with China till next November after the U.S. presidential election.

Jeffery Halley, a market analyst observed that the commodity, the equities and the U.S. dollar all received reactions after Trump’s comment but at different levels and also, Asian shares extended their losses.

“Gold has benefited from strong safe-haven flows, equities tanked and the dollar fell as well. And, that’s the reason why gold has risen overnight,” he said.

However, he warned that China might take a stroll from the deal if the delay takes longer than expected because of the many options available to the Asian giant.

Brazil and Argentina have become China’s favourite in most of the agriculture goods the U.S. is sitting on and a significant number of shipments have been crossing the Pacific to China at the early stage of the trade agreement delay.

“President Trump said a trade deal may not happen until after the US election next year and the passage of the second China bill in the House of Representatives will add to the extreme trade worries because the fear is – China might just walk away from any trade negotiations,” Halley warned.

Not considering the economic loss the U.S. might face if China finally pulls out of the negotiation, the House of Representatives is pressing the White House to further toughen its reaction to some political fuse with China and also, the White House is threatening to launch  a fresh attack on telecom giant Huawei.

According to Kunal Shah, an industry researcher, he expresses optimism that the precious metal could reach its peak as the trade tension between the U.S. and China continue.

The continuous industrial demand according to Halley keeps metals like platinum and palladium on the rise.

“Platinum and palladium are rallying because they have an industrial use and there’s just a massive squeeze on the supplies,” he said.