The Rand has fallen out of favour with investors today, tumbling roughly 1.0% against the Dollar to hit 14.68 following the abysmal announcement that the South African economy contracted by 0.6% during the third quarter of 2019. 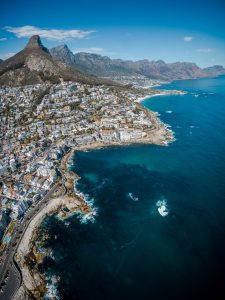 Unfavourable global macroeconomic conditions inspired by world trade uncertainty are certainly not providing the South African economy any favours, while domestic risks continue to add up and weigh further on Africa’s most industrialized economy.

The reality from this economic announcement is that it will bite on sentiment that full year growth is at threat to being dramatically lower than the 0.5% for 2019 that was projected by the Treasury in October and even the impression from the IMF only last week where the institution indicated that the economy will grow just above 0% this year.

It is worth keeping in mind that global trade tensions have not only impacted South Africa, but many major economies across the world. With the contraction in Q3 increasing the probability of South Africa losing its last remaining credit rating by Moody’s, the central bank in South Africa is positioned to ease monetary policy during the first quarter of 2020.

Further signs of easing inflationary pressures and disappointing economic data is only adding further weight to the case that the SARB should cut interest rates from 6.5% in an attempt to stimulate the economy and aim to drive consumption forward.

Following the GDP reading a great level of attention will be on SARB to increase monetary action to jumpstart the local economy, but this is only part of the equation. The other answer to the equation is that the government needs to pursue economic reforms and fiscal policy to drive the economy.

The 2020 budget statement will now be viewed as critical towards helping the economy but it is scheduled for release in February and efforts need to be made now, otherwise the risk is present that actions could be too late.