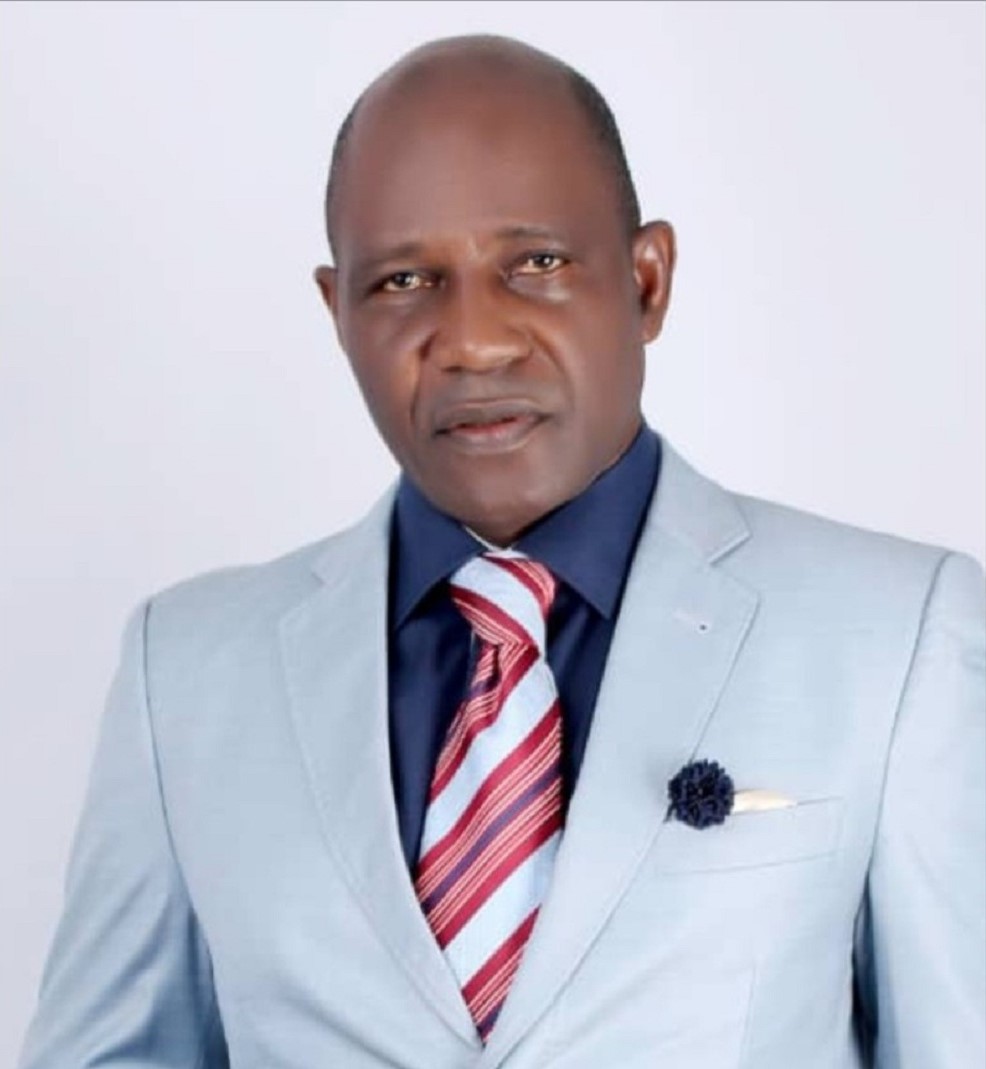 As a commercial farmer, why is it that farmers in the country are unable to produce enough food for the population?

I have come to see that most of the Nigerian farmers and all those who claim to be farmers are still on subsistence agriculture. The agriculture we are doing is for the immediate family. Agriculture is not a joke, it is a business; not only driven by private individuals but a business that requires a lot of infrastructure and push power.

How and what exactly do you mean?

Agriculture is a totality of life because God created it in the garden of Eden before creating man to go and rehabilitate it. That garden is the agriculture we are talking about today and it was the first profession God created. And so if it is like that, it means agriculture encompasses a lot of things.

You don’t only say produce, you must see that if you want to make agriculture a national economy, if you want to make it a commercial thing, there must be the will power of the federal government to provide infrastructure and make sure they enable the private sector to thrive because government should not own farms as such farms may not be done well.

In the developed world government does not own farms but they drive it through the private sector. And not only, that farmers should produce, there must be a medium to sell and pursue it to the end point to feed the people and for export.

What would you want government to do in this case?

Government must create a market, and in doing this, must also use the private sector in the value chain of agriculture to build the market; but must also provide lands, a part of legislation and other things involved, and allow the people (private sector) to produce. It is not when you produce you are also looking for where to sell it. When you produce there should already be a point of evacuation; that is what makes agriculture useful and these things are absent in the Nigerian practice of agriculture.

So, we cannot say we are producing enough and by the time you produce, let say, rice here, as the producer you are also looking for market to whom to sell it to or whom not to sell it to, agriculture as a business does not work like that in the developed economies.

The price here is no more controlled, therefore, the buyer determines how much he wants to buy from you and as a farmer you could be discouraged. But if the market is made already and that market is standardized, and that market has a fixed price, fluctuation is not there. It is a known price and you know where to send it and how much you are going to gain from what you produce. Government must do the practical things necessary and other things that follow.

And not the case of the Federal Government and the Central Bank saying, that billions of naira have been released for agriculture, it can not work in that way. The government has the land and must allocate land to farmers, government must give impetus to farmers by giving seeds to them and the government must also have agencies.

We have the National Seed Council of Nigeria, where is the Seed Council today? I happened to be nominated by the National Association of Chambers of Commerce, Industry, Mines and Agriculture (NACCIMA) as a board member of the Seed Council of Nigeria, it has never been inaugurated till today. So, which means it is existing somewhere but me, that was nominated as a board member two years ago, I have never been inaugurated. So, to me it never existed.  So, people are buying seeds anyhow and do not know which seed is good for a particular soil without soil testing. Therefore, we are not yet ready for agriculture.

When people are ready you can see their products, what people do now is to improve on the quality of the products they are doing. There are research institutes in the country, where are they today? What have they been doing as research institutes to bring these seeds?

Last November Vintage Farms and Products received the National Productivity Order Merit (NPOM) Award, what could you say was the reason and what does the award mean to you and the company?

The award means more challenges, it means more work, to work harder, It has been noticed in this small and remote corner of Nigeria where Vintage Farms and Products is located, Elele, that Vintage Farms and Products stands shoulder to shoulder with those who are contributing a lot to the economy and they found us worthy in agriculture for the award. It means that we have been doing well and is a challenge to us to do more. And having being recognized, it means also that we should add more and that we are on the right track.

For banks and other financial institutions that give loans, from your own personal experience with them, how is their role enhancing agriculture in the country?

Well, I am talking as a participant in agriculture. If there is anybody or organisation they are giving loan to help agriculture, me, I have not gotten a farthing, I have not seen, so I would not say this is how they are doing.

If you ask me, I would say they are not in existence. If government is voting out money, they know the people they are giving it to. You are asking me personally, so I would not be semantic in my speech because I have done these loan applications for all these years. I have not received a farthing to run my farms.

Are you saying that Vintage Farms and Products Limited has applied many times and that nothing has been given?

Yes, I have applied numerous times. Before I left government work as a permanent secretary to start agriculture, I applied to Central Bank. Remember in 2009, they published for N200 million each, from N2 billion or more, they said they had provided for agriculture.

I did all the paper work, everything, my Vintage Farms and Products name was published in The Guardian newspaper and was ready to draw, that was how I left government work. I never drew any farthing out of it till today and that was how it ended. The places I provided to do poultry and others, I now use them to plant yams and other crops; they never gave the loan. May be, I didn’t do what they wanted me to do, but I did all I should do to enable me draw.

So, since I cannot bring those ones there is no loan for me. People who are getting the loan, I do not know how they are getting it.

Finally, can you tell us what could be done to enable young people pick interest in agriculture and take it as a profession?

In agriculture you will have employment opportunities and you will also have fulfilment. Agriculture is for every profession, medical doctors, engineers, journalists, people from all fields, every profession is fused inside agriculture. So, if you want to make it viable, what I call “agritement industry”, is important. Like here in Vintage Farms and Products Limited, there is a farm and you see a very good environment just as you can see now, you will be happy to work here if job is given to you even as a journalist. Such environment like where we are now will make our young graduates to pick agriculture as a profession.

As a journalist, if I employ you here, you will feel happy to work because what you are also writing in the newspaper is agriculture.

But some other person will say, what is this man doing, a journalist; you are an engineer, what are you doing here? It is because our Nigerian concept of farm is inside the bush. But here in Vintage Farms and Products, we have every facility. What you can have in Port Harcourt, Abuja and Lagos that will make young men to be interested in agriculture is also here.

That was my driving spirit for getting people all across Nigeria so that when their colleagues who left University who are working in the banks in Lagos have holidays to come here and see them here, they will say this our man in Vintage Farms and Products is not doing badly. This is a very pleasant place, that is what I call agritement industry

It’s too much! Businesses cry out over