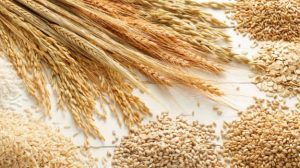 It came as soybeans were able to reverse higher on hopes for renewed trade talks with China.

Total production is now estimated at 14.287 billion bushels, moving 241 million bushels higher from a month ago, based on increased yield expectations.

If realized, the estimates clock the 2018 U.S. crop as the second-largest on record, thanks in part to record-high yield forecasts in high growing states.

Corn supplies also moved higher, outpacing higher estimated exports and corn used from ethanol, to exceed August estimates by 25 million bushels. These factors and others have USDA moving the season-average price 10 cents lower to a midpoint of $3.50 per bushel.

USDA also projects a larger 2018 U.S. soybean crop versus its August estimates, with total production reaching 4.683 billion bushels on a per-acre yield average of 52.8 bpa, a record number, if realized.

That’s also slightly higher than USDA’s August estimates of 51.6 million bushels, with analysts expecting the agency to peg yields at 52.3 bpa including a Farm Futures estimate of 51 bpa.

Those factors and others had the agency pushing down the season-average soybean price another 30 cents at the midpoint, for a range of $7.35 to $9.85 per bushel.

Analysts also expected a small decline, with an average guess of 95.5 MMT including a Farm Futures estimate of 94 MMT.

On what next, fund short-covering could provide some stability while the market tries to untangle what’s going on with Chinese demand, according to an analyst, Knnor

“USDA’s estimate of imports varies dramatically from the forecast out from China’s ag ministry today, and the outbreak of African swine fever further clouds the picture,” he said.

USDA tallied offsetting import and export changes for U.S. wheat, leaving domestic supply and demand estimates unchanged from August, for 2018/19 ending stocks of 935 million bushels. Analysts expected that number to drift higher, to 949.1 million bushels (including a Farm Futures estimate of 993 million bushels). USDA also left the season-average price midpoint unchanged, at $5.10 per bushel, although the agency narrowed its range by 20 cents per bushel to $4.70 to $5.50.

Global wheat supplies for 2018/19, in contrast, moved 4.7 MMT higher, factoring in higher production and higher beginning stocks. Increases from Russia and India more than offset decreased in Australia and Canada.

Overall, world 2018/19 ending stocks for wheat moved to 261.29 MMT, higher than the average analyst guess of 257.4 MMT, which included a nearly on-the-nose estimate of 261 MMT from Farm Futures.