Inventor of Gridcode, Adefolajuwon Amoo wowed many Nigerian technological experts and industry stakeholders who gathered at an innovation forum recently when he told his story about how he took advantage of President Muhammadu Buhari’s Executive Order No.5 to get his Gridcode adopted by the Nigerian government. 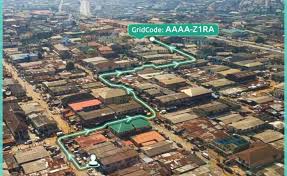 Delivering a paper titled “Innovation for Business in Nigeria,” Amoo said countries would typically develop indigenous innovation to grow their economy by protecting local information technology (IT) and innovation initiatives which he stressed that the Nigerian government had done with the Executive Order 5. He urged every Nigerian technological innovator to take advantage of the policy to bring their innovative products to light.

“For China, the result was magical. Of course, we know that China blocks all foreign sites. The country earns $1.1 trillion from its three indigenous e-commerce platforms—Alibaba, Tencent and Ant Financial.  There are 722 million users of the country’s indigenous social media platforms, Wechat, China’s social media messaging app, Douyin and Kuaishou, which is a video channel like Youtube. For online shopping, China traded $850 billion in 2015. It is projected to hit $2.6 trillion in 2021, having risen to $1.1 trillion, $1.5 trillion and $1.8 trillion in 2017, 2018 and 2019 respectively.”

“In Nigeria, the government has started a similar protective policy for local technology with the Executive Order No. 5, which says that government shall adopt local technology to replace foreign ones where they meet set standards. It is no longer story or business as usual, but our people still do not believe in it. It is working and it worked for me.”

According to Amoo, who was constantly referred to as Squadron Leader, he began development of his Gridcode to solve major infrastructure issue in June, 2016. Gridcode is a system that helps one to locate a place by using codes. Based in Yenagoa, Bayelsa State, the inventor said having observed that there were no street number for virtually every house in Yenagoa, he knew there was a major problem, which he decided to solve with his Gridcode.

“By Decemebr 2018, the Presidency directed the Ministry of Science and Technology to evaluate my product, the Gridcode for national adoption. The same month I was invited for the product evaluation by the ministry. In June 2019, I was invited by an inter-ministerial committee on adoption by all the affected ministries. This is my story. I got it done by taking advantage of the Executive Order 5. The problem is that many of us prefer to just complain vainly. Government does not act on vain complaints. Government acts on documents. Where you have provided an innovative product and you are sure of the usefulness of your product, you have the executive to use to your advantage if you are being rejected.”

Gridcode founder, Adefolajuwon Amoo however charged indigenous infotech companies to take advantage of the executive order 5 with which the Nigerian government seeks to develop local technology and innovations, saying that the government meant well with the policy which he had used to get his Gridcode project successful

Executive Order No. 5 was adopted by the Nigerian Government to promote made in Nigeria tech products campaign, in which priority is to be given Nigerian companies for all science and technology products.

The order says government shall adopt local technology to replace foreign ones where they meet set standards and patronise only foreign firms with plans for the development of indigenous capacity.

It also has it that during competitive bidding 15 percent and 7.5 percent preference score will be awarded to all indigenous firms for International/National Bidding and works respectively. All MDAs will state provisions for preference of domestic bidders in all bidding documents.