By Dikachi Franklin in Owerri

Emeka Ihedioha, former deputy speaker of the House of Representatives and governorship candidate of the Peoples Democratic Party (PDP) in Imo state,  has said that the past and present governments in power  in the state paid li 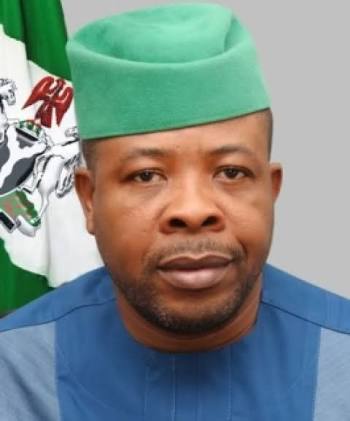 p service to industrial  development because they failed to create  enabling environments for manufacturers and investors to invest in Imo state which has abundance of  both natural endowments and human  resources.

According to him the abundant human and natural resources if they had been harnessed  could have triggered off or stimulated economic development, he said in Owerri.

Ihedioha said investment opportunities for agro-based and agro- allied  industries abound in the state, as well as chemical and petrochemical, non metallic mineral based industries, engineering and metallic industries, hotel and tourism industries, adding that with these and others, it was  expected that the past and the present governments would have positioned Imo state, especially Owerri the capital,  as a low-cost business centre and a clearing house, serving what London is to the western world today.

He noted that Owerri, as capital of Imo state was expected to take a lead in housing professional businesses such as medicine, pharmacy, estate management, corporate businesses, law, management among others.

The outcome would have been that most people  in the South-east and South-south would stream to Imo for the best and cheapest services and go back to their base, such as Aba, Umuahia Onitsha, PortHarcourt, but this has not been so, he lamented.

Economic analysts say for  this situation, the past governments, more especially the present government of Rochas Okorocha, should be blamed because of its apparent docile posture to industrialization and manufacturing subsector of the economy.

To this end, Ihedioha said hope is about to spring anew for business, manufacturing and industrialisation, corporate organisations, exporting of agro products, as well as an industrial surge in the state if he wins the gubernatorial election coming up in about a few weeks.

He lamented the bad economic situation in Imo state, saying that the past seven years of the All Progressives Congress (APC) have been characterized by maladministration and flagrant disregard for the principles of  rule of law and that good governance has been destroyed.

Ihedioha said Imo is bedeviled with a growing youth unemployment, crippling debt burden of over N100 billion from N26 billion in 2011, adding that the Onitsha Road Industrial Estate established by the government of the late Sam Mbakwe, which became the hub of manufacturing industries has been abandoned by the government of Rochas Okorocha.

He said the 264 industrial plots  in the  Owerri – Onitsha Road, which have been lying fallow for over 12 years would be activated, saying that as a result of adverse industrial environments, many factories have closed.

He stated that if voted into power, he would, among other things, create conducive environment for industries to thrive.

He has promised to work with the Owerri Chamber of Commerce, Industry, Mines and Agriculture (OCCIMA), the apex of the Organised Private Sector (OPS) in Imo state to revamp the abandoned Industrial estate which has taken a toll on businesses in the state.

He said his government would create 135 manufacturing industries, and that each of the 27 local government areas in the state would have five number of different factories built in it to reduce the growing youth unemployment, which in turn would help to curtail crimes and other social vices in the state.

To create more jobs, 15 of the youths per year from each of the 305 wards would be empowered by training them in specific skills acquisition which would amount to raising up to 4,575 youth entrepreneurs each year.

Ihedioha said he  had already traveled to the United States of America particularly, North Carolina and South Carolina on the invitation of Imo people over there  and informed them of  his ability to manage human and material resources that abound  in the state.

In the visit, he was able to discuss business opportunities that abound in Imo and further got in tourch with some investors  with a view to investing in Imo state  if given the mandate by Imo people to governor the State.