The International Monetary Fund (IMF) has stated that adopting crypto assets as national currency is a step too far, noting that some countries may be tempted by a shortcut in its adoption. 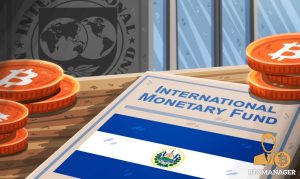 In a blog report at the start of the week, it also noted that it believed, however, that in most cases risks and costs outweigh potential benefits of the assets, such that many are indeed secure, easy to access, and cheap to transact.
There is no doubt that new digital forms of money have the potential to provide cheaper and faster payments, enhance financial inclusion, improve resilience and competition among payment providers, and facilitate cross-border transfers. But the adoption of crypto assets as national legal tender is not straightforward, the report stated.
It requires significant investment as well as difficult policy choices, such as clarifying the role of the public and private sectors in providing and regulating digital forms of money.

What are cryptoassets?
Cryptoassets are privately issued tokens based on cryptographic techniques and denominated in their own unit of account. Their value can be extremely volatile. Bitcoin, for illustration, reached a peak of $65,000 in April this year and went down to less than half that value two months later. And yet, Bitcoin lives on. For some, it is an opportunity to transact for good or bad in an anonymous manner. For others, it is a means to diversify portfolios and hold a speculative asset that can bring riches but also significant losses.
Cryptoassets are thus fundamentally different from other kinds of digital money. Central banks, for instance, are considering issuing digital currencies, i.e., digital money issued in the form of a liability of the central bank. Private companies are also pushing the frontier, with money that can be sent over mobile phones, popular in East Africa and China, and with stablecoins, whose value depends on the safety and liquidity of backing assets.
IMF’s stance on adoption of crypto assets
According to the international financial institution, if a crypto asset were granted legal tender status, it would have to be accepted by creditors in payment of monetary obligations, including taxes, similar to notes and coins (currency) issued by the central bank. Moreover, countries can even go further by passing laws to encourage the use of crypto assets as a national currency, that is, as an official monetary unit in which monetary obligations can be expressed, and a mandatory means of payment for everyday purchases.
With the emergence of the trade and exchanges of digital currencies across the world, Bitcoin and its peers have mostly remained on the fringes of finance and payments, yet some countries are actively considering granting crypto assets legal tender status, and even making these a second or potentially only national currency. In the view of the IMF, “Crypto assets are unlikely to catch on in countries with stable inflation and exchange rates, and credible institutions. Households and businesses would have very little incentive to price or save in a parallel crypto asset such as Bitcoin, even if it were given legal tender or currency status. Their value is just too volatile and unrelated to the real economy.”
The IMF further pointed that “even in relatively less stable economies, the use of a globally recognized reserve currency such as the dollar or euro would likely be more alluring than adopting a crypto asset, stating that it might catch on as a vehicle for unbanked people to make payments, but not to store value. It would be immediately exchanged into real currency upon receipt. Then again, real currency may not always be readily available, or easily transferable. Moreover, in some countries, laws forbid or restrict payments in other forms of money. These could tip the balance towards widespread use of crypto assets.”
Conclusively, the widespread adoption of crypto assets as national currency could be a step too far  given that the underlying potential risks could outweigh the potential benefits. The IMF, therefore, opined that  as national currency, cryptoassets, including Bitcoin come with substantial risks to macro-financial stability, financial integrity, consumer protection, and the environment.
It notes that the advantages of their underlying technologies, including the potential for cheaper and more inclusive financial services, should not be overlooked, adding that governments, however, need to step up to provide these services, and leverage new digital forms of money while preserving stability, efficiency, equality, and environmental sustainability.
It stressed that attempting to make crypto assets a national currency is an inadvisable shortcut.
Businessamlive Website Stats