The Nigerian government could be spending up to 50 percent of its budget to fix the mess impacted by crude oil theft, illegal bunkering and damaged facilities in Niger Delta communities unless the administration takes an urgent action to address the issues. 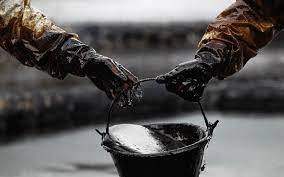 Weli, who identified crude oil theft, pipeline vandalism and illegal refineries as the bane of Nigeria’s development, said these activities have resulted in the continuous fall in the value of the naira against the dollar and Nigeria’s rising debt-service ratio.

The SPDC country head said Nigeria would continue to lose revenue, especially foreign currencies needed to firm up the naira, due to dwindling revenue exacerbated by the shutdown  of various operational facilities by the International Oil Companies (IOCs),

He also disclosed that Trans-Niger Pipeline, a major pipeline capable of transporting about 180,000 barrels of crude per day, has been moribund since March 2022 due to oil theft.

Commenting on Nigeria’s heavy reliance on oil proceeds, he noted that even when oil prices were currently above $100, Africa’s largest producer still struggles because of low output induced by crude oil theft, adding that with low output comes low income in foreign exchange.

“If we keep destroying our environment, the type of company that would want to come to this country that will give our children value proposition and contribute positively to our economy will not come. That is why I give credit to the Rivers State governor because some months ago, he showed leadership,” Weli said.

“But sustainability is key. You cannot win a league by winning a few games. I hear a lot of people calling for the cleanup of Niger Delta and my point is, if over 90 percent of those spills are caused by people that will go in with hacksaw and even explosive to vandalise the pipes, then they are creating a problem that will eat up the budget that would have been used for education, health and others,” he said.

Weli also lamented that oil bunkering has equally put the lives of SPDC staff at risk, while projects which pose threats to the staff have been paused, leading to limited productivity and declining profit.

He highlighted other problems arising from the alarming crude oil theft to include unemployment and damaged environment.

According to him, SPDC has operations in over 70 countries across the world but it is only Nigeria where it is spending so much revenue to construct wellhead cages to protect them from vandals and oil thieves.

Weli said as part of precautionary measures to secure its facilities, SPDC has employed the use of drones for surveillance of the pipelines at a huge cost to the joint venture.

The SPDC director also commended Nyesom Wike, Rivers State governor, for showing leadership and commitment in the fight against the activities of crude oil thieves.

He, therefore, emphasised the need to provide improved security presence and coverage in  project areas to limit bunkering activity and the importance of charting a new way for improved productivity.