There has been so much talk about efforts being made to ease trade in Nigeria, but the country’s ease of doing business initiative may have left behind something important and that is the transport cost element. In the past, there has been the consideration for easing the process of obtaining land title documents for investors to be able to relatively, easily access land for building their companies. The focus lately, has been on the cargo release processes from the port and a little of bit of clearing the way for truckers to access the port. 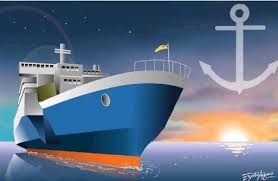 Not much is heard about unbundling the transport cost element in trade. Granted, the country has very bad roads and has not able to harness it multimodal transport system. What’s more? The country operates a free economy and a capitalist one at that, so, the demand chiefly determines cost and operators are at liberty to fix rates for their services.

However, every economy understands the need for a uniformed and structured system. This is why recently, the Nigerian Shippers’ Council began efforts to initiate some level of uniformity in the country’s transport sector by recommending benchmarked freighting cost.

On May 18, 2017, Vice President Yemi Osinbajo signed three executive orders giving specific instructions on a number of policy issues affecting the promotion of transparency and efficiency in the business environment designed to facilitate the ease of doing business in the country and other two, which included timely submission of annual budgetary estimates by all statutory and non-statutory agencies, including companies owned by the Federal Government; and support for local contents in public procurement by the Federal Government.

Part of the implementation of this policy was a second move by the Nigerian Ports Authority to cut down the number of government agencies domiciled at the seaports. As important as the cutting down of agencies in the port appears, it is  germane to recall that this move first taken in August 2011, by the then coordinator of the economy and minister of finance, Ngozi Okonjo-Iweala, did not bring about the needed improvement in trade facilitation and ease of doing business in the port. Instead, what played out was a gradual return of the agencies, with some of them resorting to legislative means to maintain presence in the port.

Granted that too many agencies domiciling in the port has been an agelong cause of the widespread corruption and bureaucratic bottleneck in the port, merely eliminating the agencies without exploring areas of automation and digitalization of trade processes and regulating cost of freighting containers and other cargoes from seaport will little results in easing up the country’s trade processes.

However, Nigeria cannot continue to pay lip service to the issues of trade facilitation and ease of doing business in the country’s ports. Nigeria controls 75 per cent of trade in the whole of West Africa, but has a very low rate of ease of doing business by World Bank rating, occupying the 182nd position out of 189 countries. Also, the country’s businesses lose about N2.4 trillion to very complex business environment and operationality.

As succinctly explained by Hassan Bello, executive secretary of the Nigerian Shippers’ Council creating and maintaining a cost benchmark for cargo freighting within the country will ensure that both foreign and local investors can now have a benchmark for their transport cost element in the country.

“They can determine that this is what they would be spending on transport when they begin to operate. The indicative freight rates will bring certainty into Nigeria’s transport cost element when making investment decisions and this is one of the things that determine the ease of doing business in a country. It will increase investors’ confidence in Nigeria and this means that the value of foreign direct invest in the country will rise. This means creation of more jobs and employment,” said Bello.

“We have taken many things into consideration. We have taken in consideration, the operating environment, the consumer price index and we adopted scientific ways of doing it. We benchmarked the rates against a several factors so we could have reasonable indicative rates.

Regulating freight charges could instil uniformity and certainty in the business environment, especially with regards to determining an investor’s transport cost burden for moving his products. Every investor seeks certainty, said Bello.

“For investors to come to Nigeria, they must have certainty; they have to have assurance to be able to plan well. For instance, they should be able to predetermine that these are rates for hauling their goods from Funtua to Ibadan. They have to be able to figure out the transport cost in their business plan. So that is what we are doing and these rates are indicative,” he noted.

“We have caps; we have a range, say between one cost figure and another, which should be the highest. After all, demand and supply and economic issues will determine the charges for transporters but we need to indicate that this is the range,” Bello added.

Transport operators have welcomed the move to maintain a charging benchmark, but there are fears that while they have been trapped between limits, the cost of maintaining their vehicles remains wild, with no control. Other cost elements in the trucking business and bad roads have made them raise concerns.

“We welcome the initiative, but our concern has been that it will be very difficult to achieve the regulation of freight because there is no price control for tyres, engine oil, lubricants and vehicle parts. There are other expenses that truck owners run, which are difficult to pen down. There are so many cost factors that cannot be quantified,” said Remi Ogungbemi, chairman of the Association of Maritime Truck Owners (AMATO).

‘That is why I say if government can also help to surmount all these problems we face at the port, then we can say it can work because it is not in the interest of the owner of the truck to be spending so much.

According to him, truckers are forced to bribe security agents in order to gain access to the port  after staying on queue for many days.

‘”As a result of frustration, truck owners in their volition will offer money to security agents so that they can have access to the port. Your truck can be on queue for three weeks. So we are looking forward to how government can invite technologists, let them sit down and bring out techniques that can work to address this problem,” Ogungbemi said.

“Under normal circumstances, every operator should be under that regulation, so that nobody goes higher or lower. We call it a benchmark,” he added.

Bello said the many road rehabilitation and dualisation projects going on in various places in the country and railway projects are strong indication that the government is fixing transport infrastructure. He said the Nigerian Ports Authority is also working on automated call up system for truckers to easily access the ports without bribing their way through, a development that has been a nightmare for the transporters at the seaport.

“There are so many road rehabilitation and dualisation projects going on now across the country. Look at Ilorin-Jebba Road that has been bad for a long time and now getting attention. Look at Kaduna-Kano Road, Maiduguri, Aba-Portharcourt Road, the Lagos Ibadan Expressway and many other roads. There is also the second Niger Bridge in Onitsha. Federal government is putting so much funds on these road projects. So, on the need for the transporters to have a regulated freight rate, we cannot sit and wait and say until we have good roads 100 percent across the country we should not begin to do or work on other aspects that need to be worked in terms of regulation. Let us start doing what we have to do,” he said.