A 56 percent improvement in Caverton Offshore Support Group Plc, (COSG) revenue for the third quarter (Q3) of 2018 has translated into heightened earnings, profits and improved financial ratios for the company, according to Bode Makanjuola, the company’ chief executive officer.
The Q3 results released to the Nigerian Stock Exchange Wednesday showed that revenue grew from N14.8 billion in September 2017 to N23.2 billion as at September 2018.
It also shows a profit before tax of N2.63 billion as against N1.89 billion recorded a year ago and an after-tax profit of N1.61 billion which jumped 35 percent from N1.19 billion in 2017, supporting the 48 kobo earnings per share which also increased by 33 percent when compared to Q3 2017 (36 kobo).
The firm’s boss attributed improved revenues to the successful commencement of its Chevron-NNPC JV contract operations which took off on the 1st of April 2018.
Makanjuola noted that “though our contract with Total Nigeria Plc came to an end at the end of Q3, we still experienced improved revenues as our Chevron-NNPC JV contract operations commenced successfully on the 1st of April 2018. We were also recently awarded a 2-year aviation logistics service contract with the Nigerian Petroleum Development Company (NPDC)”.
He added that the firm’s implementation of a strategy to increase service offerings is also ongoing as the construction of the maintenance repair and overhaul (MRO) facility in Lagos is at an advanced stage. 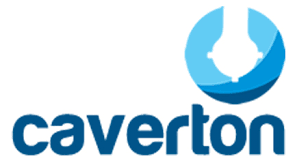 He further disclosed that Caverton will be expanding its service offering into full flight simulator training for pilots and persons with a keen interest in aviation.
“We recently acquired a pilot training simulator built by leading French aerospace company Thales via an eight million Euro (€8m) buyer credit provided by BPI France and secured by the ECA branch of France.
“The Caverton flight training centre is to be situated on the same site of the MRO, within the Murtala Mohammed Airport Lagos Nigeria and will be the first of its kind in sub-Saharan Africa,” Makanjuola said.
Caverton was issued a full Approved Training Organisation (ATO) certificate by the Nigerian Civil Aviation Authority in August 2018. The firm is also a leading provider of marine, aviation and logistics services to local and international oil and gas companies in Nigeria.
The stock’s performance on Wednesday was however negative as its share price crashed 3.54 percent to close the day at N1.91 per share from previous closing figure of N1.98 per share. Investors thus bought and sold 326,400 units of the stock valued at N764,396