After nearly one month of Narendra Modi’s government raising tax levies on palm oil import into the country, on Friday, data shows that import of the edible oil has jumped to 8 percent in the market year ended October 31, 2019, after the government suspended the ban on Thursday. 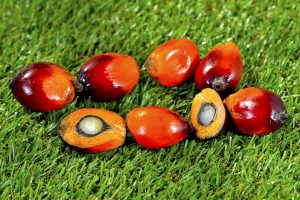 According to the Solvent Extractors’ Association (SEA), lt the 9.4 million tonnes of palm oil purchased by India has contributed to the rise in the edible oil imports by 3.5 percent for the financial year which gulped up to 15.5 million.

The association also added that India’s crude palm oil imports in the 2018 / 2019 marketing year surged to 28 percent about the same time last year at 2.7 million tonnes.

This news helped Malaysia, the world’s second-largest producer of palm oil by reducing its inventories and benchmark of the country’s palm oil prices currently trading its highest levels for two consecutive years.

Although, it is unclear if the government has made its final decision on the reduction of the increase in tax levies as there are fears in the minds of the buyers for further sanctions according to a New Delhi-based trader.

He said, “As palm oil futures have jumped in the last few weeks, Malaysian traders are eager to sell at higher levels before India imposes any restriction.”

India’s initial decision on raising tax levies of palm oil import from 45 percent to 50 percent in September 2019 was due to the criticism from Kuala Lumpur (Malaysia’s seat of power) that India’s government had “invaded and occupied” which led to a political row between two countries. Another school of thought has it that the increase of import tax on the edible oil was to reduce the country’s dependence on foreign edible oils so as to boost local production.

At the announcement of the suspension of the increased tax levies, Malaysia reduced its palm oil discount at $5. This news may slightly increase the global supply of the oil before the year-end as the Crude Palm Oil (CPO) import accounts for about two-thirds of India’s overall imports of cooking oil.

Meanwhile, to a Mumbai-based trade authority, India has so far imported about 3.1 million tones of soy oil with an increase at 1.5 percent compared to last year, while a 7 percent drop of sunflower oil at 2.35 million tonnes.