Sugar production in India, the world’s second-largest producer of the sweetener is expected to drop by 19 percent in the 2019 – 2020 seasons due to erratic rainfall. 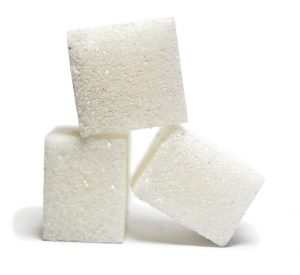 This projection was announced by India Sugar Mills’ Association (ISMA), the country’s apex body for sugar regulation and monitoring on Tuesday.

The cut in production which is attributed to an erratic rainfall causing a deluge in the farms would be largely felt by the country’s two major cane growing states for sugar production; Maharashtra and Karnataka.

However, in July 2019, ISMA had earlier given estimates on sugarcane acreage at 28.20 million tonnes for the 2019 – 2020 season based on its first survey by satellite mapping which was put at normal rainfall but with the consistent change in weather in the two states the association had to lower its expectation further.

ISMA stressed that heavy rainfall is not the only factor that would contribute to the cut in production but crop condition was considered as well.

Due to waterlogging in cane fields for a long duration, some of the cane has been destroyed completely, while some areas have been partially affected in terms of yield and recovery.

Hence, this has also pushed most cane areas in the states to harvest less than 7.7 hectares of farmland as against 11.5 hectares a drop of about 33 percent.

To reduce the deficit that would be felt by both consumers and India’s sugar importers, the apex body has put in place measures to meet up with demand in the market such as liaising with other sugarcane growing states are expected to collectively produce about 5.45 million tonnes in sugar season 2019-20, almost at the same level as in the previous season.

Ethanol, a derivative of sugar is expected to increase in supply as the country is set to commence procurement by the Oil Marketing Companies (OMC’s) to order for ethanol produced from ‘B’ heavy sugarcane juice for the automobile industry.