Experts in the insurance industry have recommended negotiation and mediation as effective means of resolving claims-related disputes other than arbitration and litigation.

The experts, who spoke at the maiden edition of the annual insurance claims advocacy conference (ICAC) organised by Care First Consult in Lagos on Thursday, said litigation should be the last resort for settling disputed claims.

The conference, themed “Catalysing Insurance through Better Claims Experience”, saw insurance industry experts, consumers, insurance companies, and other stakeholders gather to brainstorm on the best ways to tackle claims-related issues that have led to consumer distrust in the sector.

Josephine Akinwunmi, principal partner, Josephine Akinwunmi & Co and a fellow of the Chartered Institute of Arbitrators (UK), said in addition to arbitration, negotiation and mediation are other effective forms of claims dispute resolution, outside litigation. 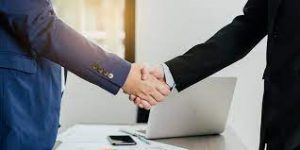 She advised that parties in dispute should explore the negotiation and mediation mechanism, especially if parties wish to continue in good relationship, before going the more expensive arbitration route.

“However, if there is an arbitration clause in the claims contract, the issue must first be taken to arbitration. The contract always takes preeminence,” Akinwunmi said.

“When all the alternative dispute resolution mechanisms have failed, the issue can then be taken to court for litigation, as some issues can only be solved by litigation,” she said.

Adetola Adegbayi, executive director, technical services, Leadway Assurance, said the core of insurance is directly related to uncertainties which determine its utility value, advising that it should be seen as part of financial planning.

Adegbayi said insurers should attract consumers by giving out a promissory note with conditions that must be complied with.

“Stop calling it insurance, instead instill it in the minds of people that insurance is a way of saving money that could be used when it is needed in the future,” she said.

Adegbayi also noted that it is wrong to assume that insurance can cover every uncertainty, stressing that the cost of the risk will equal the premium of the risk. However, new policies can be developed to cover the insured’s unique risk if they can afford it, she said, adding that insurers will offer insurance based on the demand.

She advised that to reduce the issue of claims distrust, consumers should watch out for the strength of an insurer through the company’s balance sheet, which should have paid consumers’ premium as their main source of income.

Quoting Statists, the Leadway boss said an ideal claims ratio is considered to be between 75-90 percent with fire insurance having the highest utility value at 88.31 percent in 2021, such that if the value is higher than expected, there is a potential for fraud investigation. On the other hand, a lower claims ratio can indicate low product value (utility value), product awareness on the insurer’s part.

“Insurance issue is an issue of trust, where consumers exchange assets with liabilities. This is why it should be adequately regulated and monitored,” Adegbayi said.

She said the industry is regulated by requesting insurers to file in the list of their settled and unsettled claims.

Speaking earlier in his opening remarks, Gus Wiggle, principal consultant at Carefirst Consult, organisers of the conference, said the aim of the gathering was to discuss the perception or otherwise that there is so much distrust between the consumers and insurance companies.