Big European banks are set to report their first-quarter earnings starting next week and some investors fear that poor report cards could lead to further volatility in the stock markets. 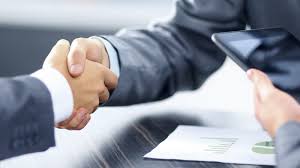 Several analysts have raised concerns over earnings this quarter due to external risks such as low economic growth, uncertainty over U.S.-China trade deal, Brexit and a U-turn on major central bank policy towards more easing.
Daniel Morris, senior investment strategist at BNP Paribas told CNBC Monday that results among European corporates in the fourth-quarter of 2018 was on the lower end.
“It was one of the lowest you had in a long time. We really didn’t notice because we were recovering from the end of December and you had the Fed and so on. Now, we have digested the Fed, I think we have priced in most of the (U.S.-China) trade deal so earnings are going to matter this time. And if we have such minimal beats over expectations and of course as we know expectations are very low for this quarter, I think markets are not going to be happy with that,” Morris told CNBC’s “Squawk Box Europe.”
European banks are suffering from years of weak profits, massive fines, ultra-low monetary policy and uncertainty surrounding the U.K.’s exit from the European Union. The U.S. banks, on the other hand, especially the big ones like J.P. Morgan and Citi have very strong retail operations that have kept these banks resilient in the face of economic headwinds. U.S. bank earnings have been a mixed bag in the first-quarter of this year. But it is yet to be seen how their European counterparts perform.
CNBC takes a look at the big European banks that are set to report over the next two weeks and what drives their strategy:
Credit Suisse
Credit Suisse is due to report on Wednesday, April 24.
According to data firm Refinitiv, Credit Suisse is expected to report a first-quarter net profit of 793.7 million Swiss francs, as compared to 694 million Swiss francs reported in the first-quarter of 2018.
Last year, the Swiss-lender swung back to profit for the first time since 2014. The bank reported a full-year net profit of 2.1 billion Swiss francs ($2.08 billion) for 2018, compared with a 983 million loss in 2017.
The bank’s CEO Tidjane Thiam has led the bank’s turnaround strategy by improving the balance sheet, cutting down on bonuses as well as slashing headcount. In February, Thiam also pointed out a number of external uncertainties weighing on the bank. These include the U.S. trade negotiations and Brexit that have led to “limited visibility” in the months ahead.
However, the bank’s stock is still down nearly 20 percent over a 12-month period and about 40 percent since Thiam took over as the CEO in 2015.
UBS
UBS is set to report its first-quarter earnings on Thursday, April 25.
According to data firm Refinitiv, UBS is expected to report a first-quarter net profit of 856 million Swiss francs, as compared to 1.5 billion Swiss francs reported in the first-quarter of 2018.
Last month, UBS chief Sergio Ermotti told CNBC that despite the rally in global equity markets, revenues in the first quarter of 2019 was one of the worst in recent years.
Noting especially tough conditions outside the United States, Ermotti said investment banking revenues were down about a third compared to the euphoric first quarter that kicked off 2018. Investment banking is a specific division of banking related to the creation of capital for other companies, governments and other entities.
The bank recently also announced that it is cutting an extra $300 million from 2019 costs after they anticipated investment banking revenues plunged –and wealth management remained under pressure in the first quarter.