Nwosu, who hailed from Ezinihitte Mbaise, Imo State, passed on last week aged 69. The $110 million payment, which was his latest legal spill compensation victory against Shell was to end a 30-year tussle by Ogoni community against the oil giant’s more than half-a-century oil activities in the area.

Described widely as a “billionaire environmental lawyer,” Nwosu, in his 40 years of legal practice, literally feasted on Shell and other IOCs’ half-a-century of oil spill environmental pollution malpractices against oil communities in the Niger Delta region. 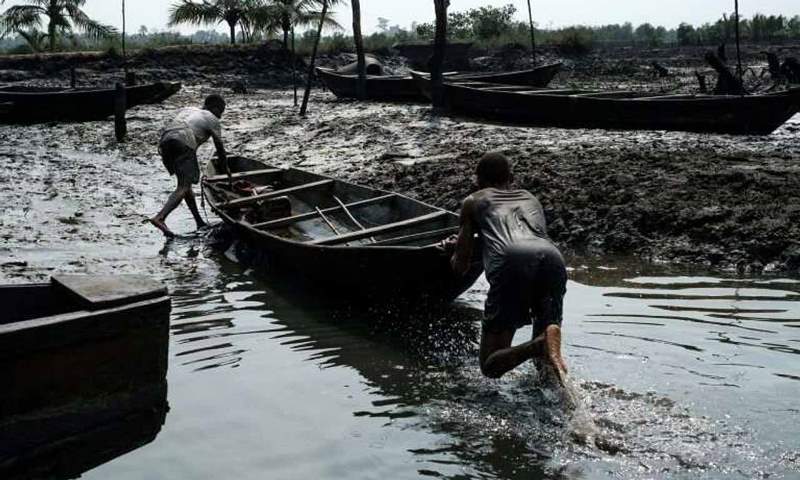 Each of the IOCs operating in Nigeria, whose oil production activities engendered environmental pollution on communities had a hard time with the late Lucius Nwosu. He serially secured payment victories against each of them, helping spill impacted oil-bearing host communities to smile home with huge judgement compensation sums running into hundreds of millions, and lately in billions of naira. Though, these spill compensation awards came after many decades of tortuous legal battle.

His death, which was announced on 5 April by the family, came as a rude shock to many oil host communities, who had used his legal prowess over four decades as the right weapon to procure redress against the IOCs oil production negativities.

Samplers of Nwosu’s string of compensation payments include: Grand Bonny Island, host community to SPDC, with the latter coughing out N523 million as judgement award sum; Odi people’s N37.6 billion against the Nigerian federal government; N81.9 billion for some communities, including Eket in Akwa Ibom State against NNPC and Mobil Nigeria Unlimited. Then came the Eleme Community suit with N45.9 billion awarded by the Supreme Court against Shell Petroleum Development Company.

In his over 40-years of legal practice, the oil & gas lawyer displayed uncanny success in litigation. In 2021, the Supreme Court of Nigeria awarded to him as counsel N30 million against two senior advocates of Nigeria (SANs) and Body of Benchers (BoB) for bringing a frivolous court process before the apex court.

On 17 February this year, Nwosu instituted a legal matter against Olusegun Awonuga, Wole Olanipekun, a SAN, and the Body of Benchers. As claimant, he wrote to Nigerian Bar Association entitled “Notification of Pendency of Litigation of Extreme Bar Significance,” where he had wondered why Wole Olanipekun refused to comply with ruling by the Supreme Court which fined him cumulative N30 million as a result of bringing before the apex court a frivolous application in the case which Amina Adamu Augie JSC read the lead judgement stating: “As it is, I cannot believe, and I say this with tears in my eyes, I cannot believe that in my lifetime, I would see very senior members of the Bar bring applications of this nature to this Court, which are aimed at desecrating the sanctity of this Court; violating the well-known principle that the decisions of this court are final; destroying the esteem, with which this court is held”.

Until his death, the legal payment award had not been paid. Neither had the completion of the Shell N45.9 billion to Ogoni community.