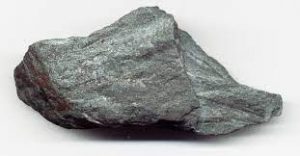 The most-traded January iron ore on China’s Dalian Commodity Exchange was down 1.2 percent at 715 yuan or $101.89 a tonne.

On the Singapore Exchange, the steelmaking ingredient’s benchmark October iron ore lost 2.6 percent to $98.05 a tonne, trading below $100 for the first time in two weeks.

Analysts noted that the recent data sapped market confidence that had propped up China’s ferrous complex in recent days, underpinned by the government’s intensified support for the ailing property sector and hopes of additional policy action to shore up the economy.

“The anticipated ‘Golden September, Silver October’ is not yet seen,” J.P.Morgan analysts said in a note, referring to the seasonal pick-up in construction activity and property demand in China.

Policymakers in the world’s second largest economy have announced over 50 economic support measures since late May and last week stressed that this quarter was a critical time for policy move. However, market results show that traders largely shrugged off China’s faster-than-expected growth in factory output and retail sales in August.

Analysts said they expect COVID-19 disruptions to business activity in China to keep investors cautious. Meanwhile, China’s crude steel output rose 3 percent in August from a month earlier as steel mills  resumed operations in anticipation of better demand. The latest data from China’s statistics bureau showed that the country churned out 83.87 million tonnes of steel in August, up from 81.43 million tonnes recorded in July.