A $95 million livestock project kept in the pipeline by the Kano State government has gotten off the ground with the inauguration of a 20-man steering committee. 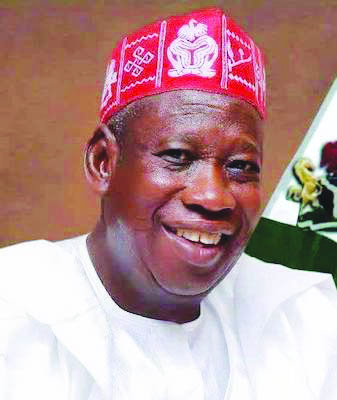 Information made available to Business a.m. shows that the $95 million project to be funded by the Islamic Development Bank (IDB) and the Life and Livelihoods Fund (LLF).

The project would focus on improving crop production and enhancing livestock productivity in the state, even as its overall objective is to contribute to reducing poverty and strengthening food production and food security.

Inaugurating  the committee, Gawuna explained that, “the project  emphasises enhancement of agricultural production, productivity and competitiveness of both crop and livestock, with expected reduction in the number of people living below the poverty line in the state.

“In quantitative terms, it aims to improve the living conditions of over 1, 260, 000 million people across the 44 local government areas of Kano state, and that is quite a large number of people.” Gawuna, who was represented by Adamu Abdu Faragai, the permanent secretary, Kano State Ministry of Agriculture, hinted that the project also aims to address incessant conflicts between farmers and pastoralists.

“The project will initiate an unprecedented development momentum in Kano. As it unfolds, it will have tremendous positive impact on our environment and will contribute immensely towards improving the management of our natural resources,”he affirmed.

Gawuna further disclosed that, “it is a significant component of the project management that will serve as an advisory body, comprising stakeholders. It will review project annual work plans and budget, implementation progress reports and provide guidance on different issues that could affect the project.

He expressed optimism that the steering committee will work closely with the Project Executing Agency, the Project Management Unit and other stakeholders to guarantee the project’s sustainability.

Members of the PSC which is to be chaired by Gawuna in his capacity ascommissioner for agriculture, include the chairman, State House of Assembly committee on agriculture, the director-general, Rural Access and Mobility Project, as well as representatives from the ministries of agriculture, water resources, justice, finance, environment, budget and economic planning, KNARDA, and the Project Management Unit.

Responding on behalf of the members,Ibrahim Garba Muhammad, the state project coordinator, KSADP, who is also the secretary of the steering committee, pledged that they would work as a team to make the set goals achievable.