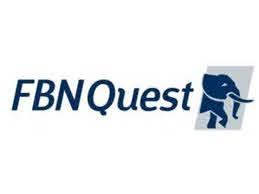 The governor signed an executive order early in November to establish the Lagos State Rebuilding Trust Fund dedicated to rebuilding the state following the recent destruction of public and private assets. The governor then inaugurated an eight man Board of Trustees (BoT) for the Rebuild Lagos Trust Fund.

The BoT consists of members of the private sector and a representative of an international donor agency, and the funds donated would be used for the rebuilding and retooling of the security infrastructure of the state. To ensure the highest standards of probity, transparency and accountability, FBNQuest Trustees will oversee the Lagos Rebuild Trust Fund Committee.

Speaking on the nomination, AdekunleAwojobi, managing director, FBNQuest Trustees Limited, said the financial service institution is pleased to partner with the Lagos State government on this important initiative, which will contribute significantly to the development of the state.

“Proceeds of the Trust Fund would be channelled towards the strengthening of the public transportations system, restoring judiciary and local government systems, and the rebuilding of public monuments in accordance with the mandate of the BoT,” Awojobi added.