MacKenzie Bezos committed to giving away at least half of the $37 billion windfall she will receive in her upcoming divorce from Amazon.com Inc. founder Jeff Bezos. 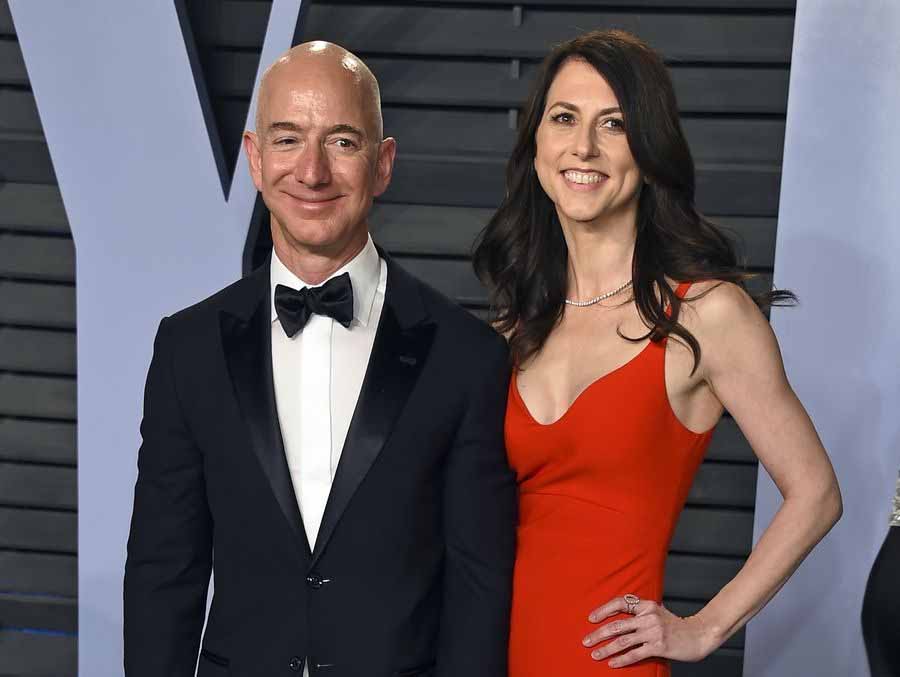 She is one of the 19 new signatories to the Giving Pledge who’ve promised to donate more than 50% of their wealth to philanthropy or charitable causes, either during their lifetimes or in their wills, the organization said Tuesday. It was founded by Bill and Melinda Gates and Warren Buffett in 2010 and now has 204 participants from 23 countries.
“I have a disproportionate amount of money to share,” said MacKenzie Bezos, 49. “My approach to philanthropy will continue to be thoughtful. It will take time and effort and care. But I won’t wait. And I will keep at it until the safe is empty.”
Other new signatories include hedge fund titan Paul Tudor Jones, venture capitalist Chris Sacca and WhatsApp co-founder Brian Acton. David Harding, the British billionaire who founded Winton Capital, also signed.
Fulfilling the requirements of the pledge can be tricky in a world where the wealthiest are accruing more riches than ever. Since 2010, Buffett has given away Berkshire Hathaway Inc. shares worth more than $30 billion at the time of the donations. Still, his wealth is about 85% greater than at the time of his 2010 letter, thanks to Berkshire’s rising stock price.
Jeff Bezos, the world’s richest person, hasn’t signed the pledge and was criticized for his relatively restrained philanthropic efforts to date. In 2017, he tweeted for recommendations about how he can best use his wealth to help people “right now,” before announcing a $2 billion commitment to support homelessness and education initiatives in September 2018.
He took to Twitter again Tuesday to praise his former spouse’s decision.
MacKenzie is going to be amazing and thoughtful and effective at philanthropy, and I’m proud of her. Her letter is so beautiful. Go get ‘em MacKenzie. https://t.co/S2gLLBQyRQ