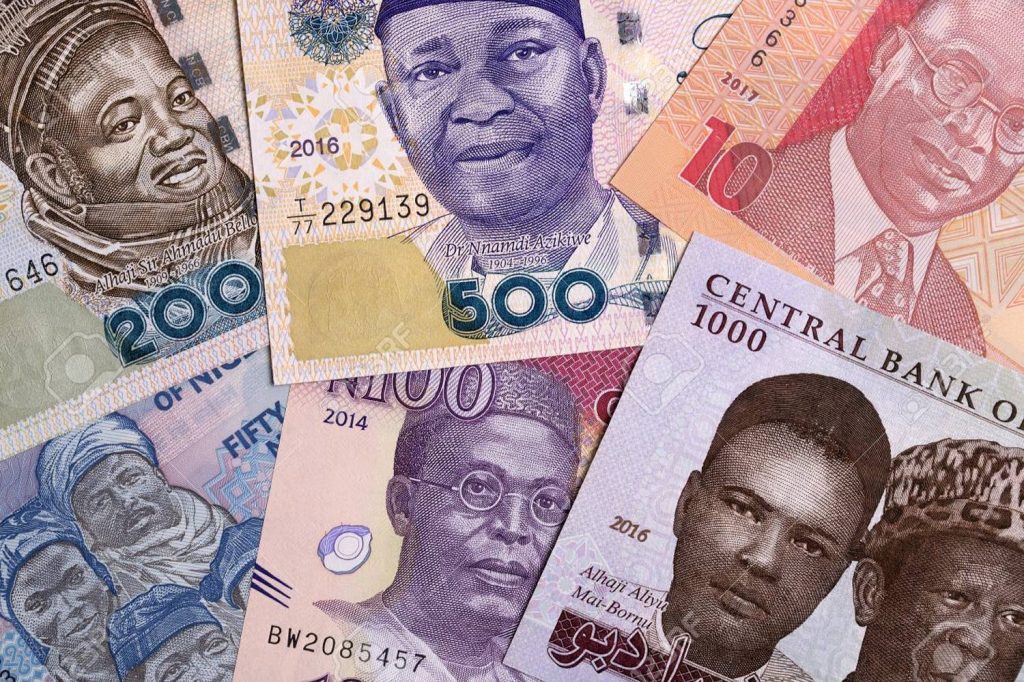 AS NIGERIA CONTINUES TO DEAL WITH THE economic shock of the global shutdown brought on by the pandemic, the inherent weakness of Nigeria’s reliance on the oil market for revenues can no longer be ignored. Even before the spread of the Covid -19 virus, and subsequent lockdown, the Nigerian budget was already going to take a substantial hit due to the implosion of the price of oil from the price war between Saudi Arabia and Russia.

The market turmoil from the Coronavirus lockdowns exacerbated the pressure on the Nigerian Federal Government’s foreign exchange reserves. Although there appears to be some stabilisation in the price of
petroleum, there are some signs that the agreed temporary production cuts between Russian and Saudi Arabia may not be extended and another precipitous drop in oil prices may be in the cards. Even with a sustainable OPEC+ agreement on production cuts, it will be some time before sluggish global demand takes up the existing supplyglut.

As oil is the primary source of foreign exchange reserves it seems inevitable that tough economic times are ahead for the Nigerian economy. As long as the petroleum market and the US petrodollar enjoys overwhelming dominance even in intra-regional transactions Nigeria will never fully realize its potential as the regional economic powerhouse.

Developing non-petroleum based indigenous industry both for domestic consumption as well as for exports has been a goal for many previous governments and the topic of endless discussions and articles. It was to this end, the Nigerian government closed the land borders to trade in August of 2019, ostensibly to halt smuggling and the bleeding of foreign exchange reserves.

This objective seems to have had some success, but it is now time to begin looking at easing restrictions and for Nigeria to become the leader in intra-regional trade.

The regional dominance of the Nigerian economy presents an opportunity for Nigeria to contingent the opening of cross border trade with the condition that the Naira is the sole medium of exchange, requiring
traders to hold Naira, and ultimately supporting the currency. An IMF team, led by Amine Mati, Senior Resident Representative and Mission Chief for Nigeria, stated after their visit to Nigeria, “Nigeria’s border closure will continue to have significant economic consequences on the country’s neighbours.”

As far as the Nigerian government is concerned, the positives in so far as the development of local industry have outweighed the negatives in terms of higher prices. This is not the case as far as Nigeria’s neighbours.

Even prior to the Covid -19 lockdown, the countries bordering Nigeria were being squeezed by the loss of their largest regional market. Add the massive contraction in global trade, these countries are in dire need of trade and would be susceptible to accepting additional requirements such as transactions with Nigeria be conducted in Naira. In addition to increasing demand for the Naira, and all the economic benefits associated with a stable and liquid currency, the Nigerian financial services industry would also see a tremendous opportunity for growth.

It was just last year that it was looking as if Nigeria were about to embrace free trade and open markets. After initial opposition, the Federal Government of Nigeria agreed to sign on to the African Continental Free Trade Area (AfCFTA) Agreement. AfCFTA creates a continent wide free trade zone with an economy of 3.4 trillion encompassing 54 nations with a combined population of 1.3 billion.

The optimism of the free traders was short lived. Within a few months of signing AfCFTA and even agreeing to implement the ECO, the regional currency, Nigeria, in the quest to halt the smuggling of rice and other commodities, closed the border with Benin.

This blockade by Nigeria was initiated primarily for the protection of its foreign-currency reserves, a concern which has plagued numerous governments. The CBN has limited access to dollars for the import of more than 40 different goods in the government’s quest to become self-sufficient in the production of staples such as rice.

As currency is at the heart of the problem, it is there where the solution lies. Rather than reluctantly paying lip service to integration, Nigeria can become the driving force behind regional trade, in line with the principles set out in AfCFTA.

As Nigeria comprises two thirds of the entire regional economy, the Naira is the natural reserve currency
for West Africa. The Nigerian Government should begin to allow cross border trade, initially in stages.

The trade blockade could be lifted on a commodity by commodity basis, where the Nigerian government would permit the buying and selling of specific commodities on the proviso that all transactions be conducted in Naira rather than using one of the “hard” currencies such as Euros or US dollars. Because other West African countries will be required to purchase and hold Naira in reserve for use in regional transactions, there would not be an issue of the draining of foreign exchange reserves. Furthermore, the higher demand would mean that the Nigerian Government would have lower borrowing costs, which benefits the entire economy.

As for Nigerian traders, there would be no transaction costs on West African regional trade, further improving their profitability. The benefits to the Nigerian economy are clear, however, those benefits come with certain responsibilities; if handled correctly will be of significant value to all countries in the region.

Nigeria’s economy certainly has the relative size to become a regional reserve currency, however, the country also requires a banking system which has the ability to be a creditor. This is both a challenge as well as an opportunity. Nigeria’s focus on the development of a derivatives market and expansion Naira based instruments come at an opportune time.

Products such as Non deliverable Forwards should be expanded to include other regional currencies
such as the Ghanaian Cedi or the West African Franc (soon to be Eco). Ultimately, a Central Bank, independent of political interference which would work for the long-term benefit of the Nation should be
the objective. It is obvious that in the short term this is not a realistic goal.

However, the clear benefits to the Nigerian economy would provide the impetus to political actors to allow the CBN an increased level of independence as political interference would potentially have risk for the newly established position of the Naira. It is clear that reforms are required to put Nigeria on the path to becoming a true financial hub.

However, with strategic planning, and a step by step reform process, Nigeria can develop a strong, stable, internationally oriented financial system. The opening of the borders should be a process that is carefully thought out with clear objectives for the economy as a whole and the growth of the financial system in particular. By strictly regulating the reestablishment of regional trade with the requirement of the use of the Naira for settlement of intra-regional transactions, Nigeria can develop the Naira into the accepted medium of exchange for the region, with all the benefits that comes with that role.

It is not impossible that much in the same way that the US Dollar is the basis of trade for the Global economy, Nigeria could ultimately establish the Naira as the basis of trade on regional level. This is not
to suggest the Naira will supplant the USD as the currency for international transactions between the region and the West, the Dollar will remain the primary currency for international trade for the foreseeable future.

However, because of the relative size of the Nigerian economy, the Naira can become the default currency for intraregional trade.