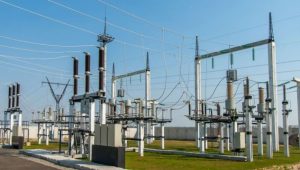 The position of the manufacturers came shortly before the Saleh Mamman, minister of power, put a temporary halt to the continued implementation of the new tariff until January 31, 2021.

Segun Ajayi-Kadir, director general of the national association, made the position of the manufacturers known in a statement in which he emphasised that one of the major challenges confronting the sector is inadequate electricity supply, and this has been largely responsible for the shaky performance of the sector for over a decade.

The recent increase, he noted, is coming at a wrong period and would adversely reverse the little gains accrued by the manufacturers in the recent past. He also described the decision as being insensitive and not manufacturing-friendly, especially when manufacturers are making plans towards the commencement of the African Continental Free Trade Agreement (AfCFTA).

He also recalled that the current hike is coming barely three months after the huge increment imposed on electricity users in October 2020.

The hike, according to Ajayi-Kadir, was against the background of prevailing harsh operating environment, the increasing burden of taxes, the enormous spending on self-generated electricity, excluding hundreds of billions of naira spent on settling monthly electricity bills and the ailing state of a sector that is just recovering from a lockdown occasioned by the ravaging COVID-19 pandemic.

MAN also faulted the NERC for approving the electricity tariff before proper consultations with stakeholders to discuss the prevailing macroeconomic fundamentals congenial for an increase, knowing full well that the association represents the interests of over 3,000 manufacturers, including small, medium, large and multinational industries spread across 10 sectors, 76 sub-sectors and 16 industrial zones of the country, most of which are heavy consumers of electricity.

Electricity distribution companies began the implementation of an increase in electricity tariffs on January 1, 2021 following a new order issued by the Nigerian Electricity Regulatory Commission.

According to the new order, NERC stated that 14.9 per cent inflation rate rise in November 2020, foreign exchange of N379.4 per dollar as of December 29, 2020, available generation capacity, US inflation rate of 1.22 per cent and the Capital Expenditure (CAPEX) of the power firms were largely responsible for the tariff increment.

Unlike the previous tariff, which exempted low power consumers, the revised Service Based Tariff (SBT) also saw an increase in the rates payable by all classes of electricity users.

According to reports, the order is effective till June 2021 while a Cost Reflective Tariff (CRT) expected to further increase the tariff will be activated from June to December 2021.